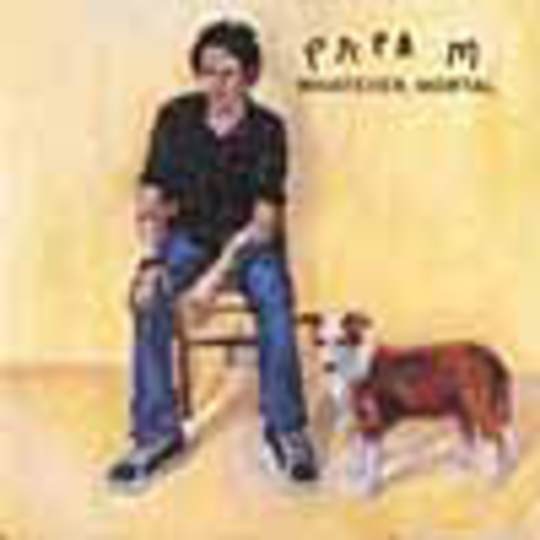 Trying to keep a tab on Dave Pajo's labyrinthine career is akin to tracing the interconnected strands of a particularly large spider web. Ever since his tenor in the seminal post-hardcore/post-rock band Slint, he has pursued an increasingly diverse musical path, collaborating with Will Oldham on his Palace Brothers project, joining Tortoise for 2 albums, working with Laetitia Sadier of Stereolab while continuing to release a steady stream of solo EP's and albums under various monikers, each linked by the letter 'M'. In contrast with his work with Slint, his solo material has been characterised by it's pastoral restraint, centering on impressionistic guitar instrumentals, high on John Fahey influenced subtelty and low on abrasive post-hardcore dynamics. His last album (the first released under the Papa M moniker), the excellent Live From A Sharks Cage, saw Pajo moving in an increasingly countrified direction, twanging banjos merging with the Steve Reich-like repetition of his guitar work.

Despite these early signs, the full extent of Pajo's conversion to the cause of Will Oldham-like neo-folk and, more pertinently, to vocal music, is somewhat surprising; while a stopgap EP release called, simply, 'Papa M Sings' did appear earlier this year, Pajo insisted that it was mere experiment, not to be considered an official release. The experiment, it seems, paid off. Pajo's bassy, plaintive vocals dominate 'Whatever, Mortal', allowing room for only 3 instrumentals out of a total of 13 tracks.

The reaction of many Pajo aficionados will be of weary indignation. There is, after all, little room for yet more underground heroes growing beards and revealing a life long love for twisted, ramshackle folk. And yet 'Whatever, Mortal' proves such doubts to be unfounded; Pajo's solo releases have always had a debt to American folk music, his rolling, major key instrumentals as close to the cinematic potential of Ry Cooder's film scores as to the avant-gardism of the minimalist scene.

Moreover, Pajo's famously adept multi-instrumentalism lends these folk songs, some of which are entirely self-penned and some of which are age old, a vitality and colour that captures something of their original power, while the experimentalism that characterised his previous solo outings finds an outlet here too, Pajo unafraid to allow the smoky undertow of a sitar to muddy the genuinely unsettling 'Sabotage'. ("I am the butcher...") Crucially, Pajo achieves a balance here between the enveloping instrumental arrangements of his previous work and a sense of gritty folk authenticity, a balance he helped achieve on Bonnie Prince Billy's superb album Ease Down The Road. (Oldham repays the debt by playing a number of instruments on Whatever, Mortal and singing backing vocals on most of the songs.)

Vocally, Pajo acquits himself admirably, evoking a deep sense of resignation on the Leonard Cohen-like 'Over Jordan' and sounding wistful on the sprightly Country of 'Many Splendored Thing'. Those moments where he allows his instrumental tendency to take over are also intriguing; 'Krusty' plays itself out over a sample of Pajo laughing at an episode of The Simpsons, while the joyful 'Northwest Passage' is a banjo-saturated, instrumental folk-rock makeover of 'Arundel', a track from his previous solo outing recently covered by Mogwai.

All in all, Pajo's break from his instrumental past proves moving and well judged. News of Pajo's role in Billy Corgan's new band only confirms his unrelenting desire to plough new musical pastures, a mission that has benefitted music immeasurably. Long may he continue.