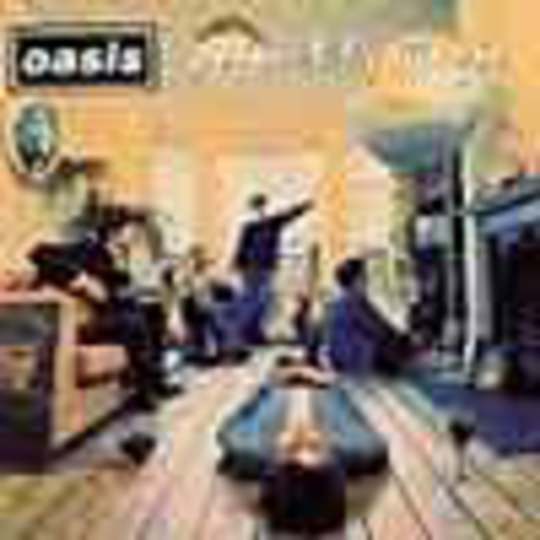 Of course now, they're shit. Now, they mean nothing. Now, they play Greatest Hits sets to drunk 30 year old wankers in Wembley Stadium. Now, they release tired, samey, dull records. Now, they have their own record label, fans who won’t hear a word said against them and their own children to put in their Hello! Spreads. But back then…….

Then was the summer of August of 1994, and for the first time since Acid House, Something was happening in British Music. “Britpop” as some fool dubbed it, was being born. Blur had released a record called “Modern Life Is Rubbish”, which celebrated the England of Greasy Spoons, Sunday Dinners and cold, wintry February afternoons. It had clearly started something. Suddenly, young, exciting, brash, vibrant guitar bands starting popping up all over the place. Suede, Elastica, The Boo Radleys, Supergrass, Pulp, and countless others suddenly moved from The Dublin Castle to Top Of The Pops in one effortless bound. They wrote great tunes, they looked good, they gave a glimpse of what it must’ve been like in the sixties. Soon, These Animal Men, SMASH and Whiteout were quickly forgotten. Things for guitar pop were looking up for the first time really since Punk. All we needed now was a band to define the era, a face to define the era, and songs to define the era. Messiahs, if you will.

Where were you on the 11th Of April 1994?? Where were you when the sound of a train coming through British pop was clear for all to hear?? Where were you when Liam Gallagher walked onto the set of Channel 4’s The Word, looked around the studio, and smiled to himself, as if knowing that this rock star lark was going to be a bit of a laugh. April 11th 1994 was the date that Oasis, a simple little Mancunian band made up of working class no-hopers, released a song called “Supersonic” as their debut single. It sounded so fresh, so shiny new, so full of attitude, passion and fire. It just sounded so real. It was Britpop crystallised. The single charted at number 31, the highest chart position for a debut single ever on Alan Mcgee’s Creation Records, to which Oasis were signed. As the Oasis live shows got better, and better attended, so the buzz got louder.

Oasis quickly became one of the most talked about bands in the country. A buzz, or maybe a shining light, surrounded them wherever they went. Most of this buzz surrounded their lead singer, a man called Liam Gallagher. He put the rest of them to shame. Other frontmen, I mean. His exaggerated gait, his simian like stance, his power, his aggression, his wonderful outspoken sweary manner , his charm. His voice though, created the loudest buzz of all. It was something quite stunning, quite different from anything ever heard before. It was so powerful, that to imagine anybody else singing, say, “Cigarettes And Alcohol” is impossible. It’s angry, it’s dissatisfied, it wants more. It’s Liam Gallagher.

He had a brother. Not a talented singer. Not a talented guitarist. Not as good looking as his younger brother. But he wrote the songs. And what songs. Listening back to Definitely Maybe now, you can feel every note, every chord that Noel Gallagher has written, run through your body like an electric shock. He makes it all sound so easy. The way simplistic rhymes just seem to FIT with the music, the working class sentiment, the dissatisfaction with life, that Gallagher was feeling then, a feeling that nice middle class Albarn, Cocker, or Anderson couldn’t even imagine. Most of these songs, remember, were written while Noel was working on a building site. Without Noel Gallagher, Definitely Maybe wouldn’t have been the record it was. Without Liam Gallagher, Oasis wouldn’t have been the band they were. Tonight, they were RocknRoll stars.

Everything about it is perfect. From the opening clarion call of “Rock n Roll Star”, the greatest opening track since ‘Janine Jones’, to the acoustic lament of “Married With Children” which closes the album. What comes in-between , is what’s really interesting . Songs like “Columbia”, with it’s swampy, dark guitar riff and Drug induced lyrics, just can’t be rivalled now. The Music’s “Take The Long Road And Walk It” is an unwilling tribute to it. The sheer truth of “Cigarettes And Alcohol”, the goose-bump inducing “Bring It On Down”, the deliriously happy “Shakermaker”, and the epic, yearning, grown man weepness of “Slide Away”, which was recorded completely live one drunk afternoon a lifetime away.

But all of these paled into comparison with track 3. If you're aged 18 to 22, what song do you think defines your generation?? Creep?? Common People?? Animal Nitrate?? End Of A Century?? What song talks to YOU, about you, and is written FOR you? None of the above, certainly. Live Forever, definitely. If you despise Oasis, and disagree with everything I’ve written so far, then listen to this song. Close your eyes. Feel the chiming guitars, feel Liam almost crying with pain, feel Noel playing a guitar solo like it’s his last chance to. Feel how special this song makes you feel. You're one of us now.

As a record Definitely Maybe is near enough faultless. As a sentiment, it’s everlasting.

Shame about “Sunday Morning Call”, though, weren’t it??