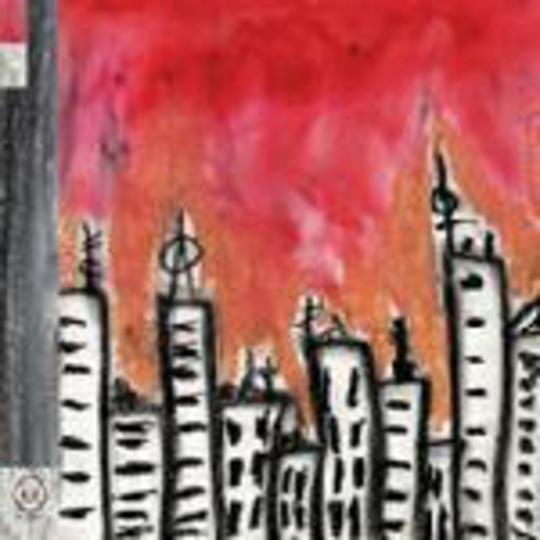 'Broken Social Scene' is released in the UK through City Slang on January 30th.

If you’re willing to exclude the largely manufactured hype surrounding the release of Coldplay’s X&Y or Oasis’ Don’t Believe The Truth, then you could argue that the new Broken Social Scene album has been the most widely anticipated record of the year. OK, maybe not “most widely anticipated” but surely the most anticipated album by ardent music fans. Yet, even as a fan of the band, I’m surprised by the amount of buzz this record has generated.

It’s been three years since You Forgot It In People put jaws to the floor and critics first used the phrase "Canadian Supergroup" in a review. Now, while we still can’t help a smirk when saying Canadian Supergroup out loud, fellow Canucks Arcade Fire, New Pornographers (the other Canadian Supergroup), Stars and so on have given each other the same sort of automatic collective credibility that Seattle did for Northwestern grunge bands in the early 90s. Even so, it has been three years since BSS’s last batch of new material. So where did all this excitement come from? Well, as is often the case these days, the album was leaked over the internet. The fellow who writes the indietits comic strip declared it the record of the year several weeks ago, now. And guess what? He may be right. This is an album that pricks your senses, makes you laugh and cry and fall in love all over again. See there? I can exaggerate the truth, too. And my bird jokes aren’t too shabby either. So perhaps we should agree to let DiS decide which album is the record of the year and we’ll stop sending dialogue for Yelling Bird. Call it professional courtesy. Besides, Academy members hardly ever choose a foreign work for Best Album; although as they say, it’s an honor just to be nominated. And we’ll concede this album is definitely worthy of a nomination.

Of the word of mouth chatter, what gave me the greatest consternation was that this record was a return to the ambient textures of BSS’s debut. One day, very soon I predict, indie hipsters are going to wake up, look at their Sigur Ros albums, and say, "Wait a minute, this doesn’t rock at all!" The opening tracks explain the situation. It is ambient music that cranks up the tempo and is loud and sloppy, all the while still retaining that ambient glow. We’ll call it Ambient Noise and if the phrase sticks, you know where you saw it first. Where YFIIP meticulously arranged the collective of instrumentation for precision, like a ballet, this self-titled album throws everything into a blender, almost completely overwhelming the pretty melodies underneath - but not quite - this isn’t Japanese laptop haphazard cacophony. The album opens solidly with 'Our Faces Split The Coast In Half' and on the second track, 'Ibi Dreams Of Pavement (A Better Day)' the music is hitting on all cylinders. By the fifth track, 'Major Label Debut', things recede momentarily, just long enough to catch our breath. 'Fire Eye’d Boy' has aspirations of being this album’s 'Cause = Time', but unfortunately it falls just short. It’s easy to visualize the main members of BSS were under tremendous pressure to one-up YFIIP and though this time around songs don’t hit those highs, it’s an overall more consistent effort and thusly more satisfying based on the first few spins. We can only guess how main BSS members Brendan Caning and Kevin Drew will top this record next time around. For this album they added five more members to the band (plus four guests) from the twelve that appeared on YFIIP. Toronto has to be running out of musicians by now! The real charm of YFIIP was the difficulty factor and for that we were willing to forgive its missteps; here the experimentalism is largely forgone in favor of defining BSS’s sound if not the sound of the entire country. Ten years from now, when music historians look to point to a single album that defined the scene in the same way Nevermind defined grunge, it won’t be Arcade Fire’s Funeral, it will be this album. Of course, back in the 90s, I thought Pearl Jam’s Ten was the better album. So what do I know?

This is not an album without its share of flaws, however, and it will not enter into any Greatest of All Time conversations. 'Windsurfing Nation' is a filler track that momentarily breaks the record’s continuity. 'Swimmers' comes dangerously close to a mom-rock power ballad, complete with parental advice; "if you always get up late you’re never gonna be on time". It’s only the youthful innocence of Emily Haines' voice and the final line, "that’d be a shame cos I like you," that reminds us it’s a shared sentiment between peers. This album is like the woman of your dreams: her flaws give her added character. I’d choose Christy Turlington’s crooked nose over Pamela Anderson’s plastic bosoms any day of the week and twice on Sunday.

'Superconnected' returns to the overall brash production of loud guitars piled on top of each other and heavy drums nearly drowning out the muddled vocals, and it’s clearly one of the best tracks. David Newfeld’s keen production paradoxically is what makes this recording great and yet will also keep it from producing a radio friendly breakthrough hit for the band. Except for a couple of the closing tracks meandering a bit, the record finishes strong. Because the vocals are mostly unintelligible we’re only afforded glimpses of the band’s politics, and yet even though what we do hear is vague and surrealistic, we nevertheless sense this band have a cohesive and clear vision of reality. And that each time we play the album we’ll get a little closer to seeing what Broken Social Scene sees.