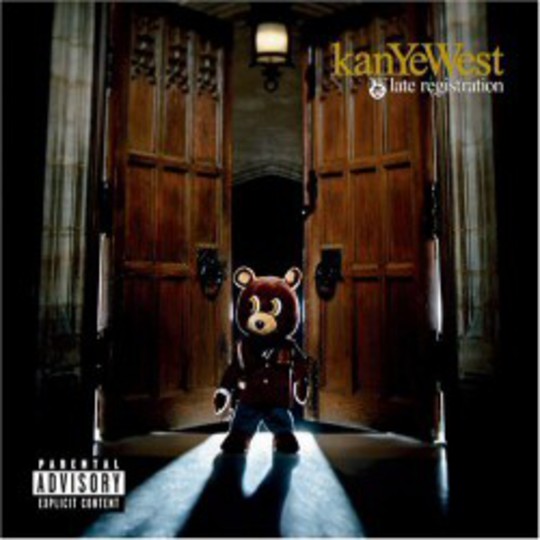 So much has changed for Kanye 'Luther' West since the release of his critically acclaimed debut College Dropout two years ago. Mainstream recognition has built like a hurricane, with Kanye now one of the most recognised figures in modern hip-hop. Whether this symbolises the turgid state of hip-hop is a matter to be discussed elsewhere, but this could accurately be described as one of the most anticipated rap records of the last half-decade.

So how does Kanye's 'difficult' second album fare? Maybe its the hype thats gone into the record but it's hard not to be disappointed. The main problem is that, for all Kanye's meditation on the wrongs of his upbringing and surroundings, you can't help but find that his statements ring a little hollow. Maybe it's the clinical production masking his rapping, but more likely it's that it just sounds forced.

Not that I'd discourage rappers from making political or social comments in their music - but on this album, particularly on tracks like previous single 'Diamonds From Sierra Leone', Kanye becomes the embodiment of a Che Guevara t-shirt. Sure, the message is there, but its meaning is removed.

Of course the lyrics are only half of a rap album, so what about the beats? They suffer the same problem as the lyrics; overdone production hides any emotion or ingenuity. 'Home', for instance, would sound much stronger without the now-signature sampled vocals, and the contribution from Jay-Z renders it a failure.

Kanye does shine on some tracks, like the samba-influenced 'Addiction' where strangely enough he adopts a more typical rap persona, but there's definitely potential for greater things. Two years ago it seemed that Kanye West would change the face of mainstream hip-hop; now it seems that hip-hop has changed Kanye, and it's a change for the worse.