These Bones Will Rise To Love You Again 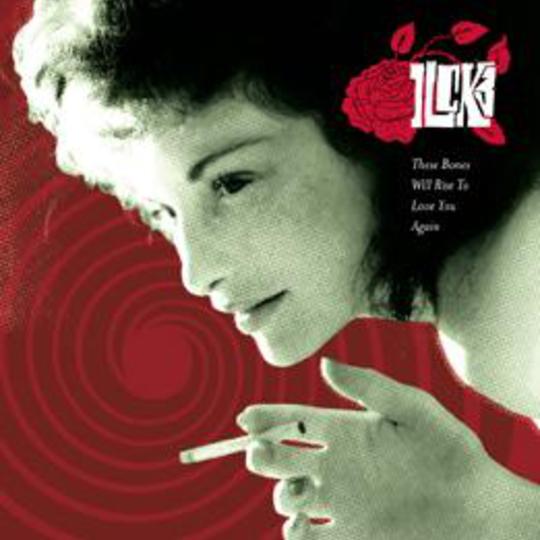 The title's perfectly indicative of the music that plays from the series of pockets and peaks on the underside of this new disc from the now six-legged* Immortal Lee County Killers*: These Bones Will Rise To Love You Again is booze-soaked blues stir-fried in some fiery southern rawk, one eye on the doting wife and another on the dollar whore. It's brilliantly bipolar and deliciously decadent; it's considerably more 'authentic' in feel than a million others masquerading as 'punk'.

That said, These Bones... splutters its way through its opening trio. Percussive bombast and gigantic slabs of organ (courtesy of nimble-fingered newbie Jeff Goodwin) pepper all three, yet the pop-friendly swagger of 'Revolution Summer' seems misplaced so early into the album experience. Better is song four, 'Boom Boom', which heralds the beginning of the rock proper; a stomping, incessantly pounding two-and-something minutes of fuzzy fret boards mounting an assault on a devilishly simple sing-along chorus, 'Boom Boom' is the finest of the Killers' more rollicking efforts here.

Yet the distortion lets up for a brace of gentle, almost Angels Of Light-style death ballads: 'Stitched In Sin' and the closer, the a cappella 'No More My Lord'. Both are shot through with a feeling of isolation and are entirely unlike the remainder of the record. They lend These Bones... a subtle air of romanticism, and a semblance of exploitable humanity that's drowned elsewhere by super-sized amplification. While these suited 'n' booted Killers might well flick a wink and a glance towards the mistress, you know the finest punks always go back to their missus come the day's end.

Odditorium or Warlords of Mars