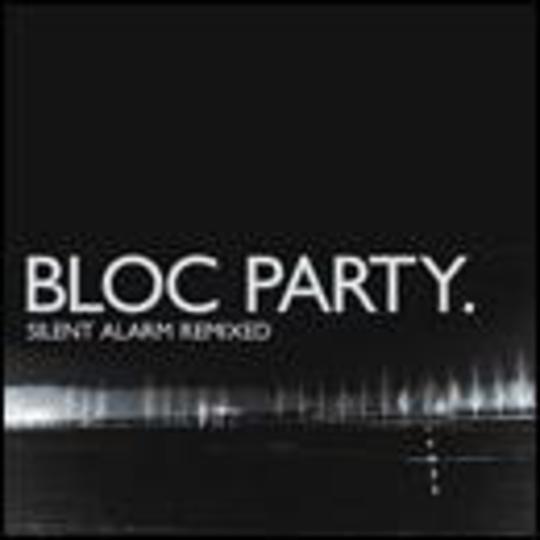 From the pre-listen outset, the concept is fairly flawed: the word ‘remix’, forever synonymous with the field of dance music, is an unnecessary suffix to many a Bloc Party song, such is the toe-tapping immediacy of much of the original Silent Alarm. This project – basically a compiling of re-worked b-sides and a handful of rarities – smacks entirely of cash in, quick. Now, I’m not one to knock that – bands should absolutely exploit their profiles while they’re in such a position, because any lay person knows fame is both fickle and fleeting – but Silent Alarm: Remixed just seems like the wrong way to maintain a level of exposure between albums proper.

Why? Because laziness is never to be celebrated, however much The Idler would argue otherwise. Had Bloc Party’s upcoming UK tour not sold out long ago, this record would undoubtedly serve as a timely catalyst; with sales assured, though, one wonders what the thinking behind this is, exactly. Completists will have the tracks, while newcomers – your five records a year types – are unlikely to be moved into purchasing action by the names Four Tet, M83 and Pretty Girls Make Graves’ Jason Clark. But, anyway, the record…

…Isn’t so terrible, really: skim the superfluous and far-too-slight mixes from the surface and there are gems to be found (unless you’ve got them at home already). The aforementioned trio do wondrous things to ‘So Here We Are’, ‘The Pioneers’ and ‘Positive Tension’ respectively; particularly of note is M83’s show-stealing mix, massively symphonic yet skin-pricklingly affecting simultaneously. Clark’s sinister electro-spook stylings are Xeroxed nicely by Ladytron, whose gently pulsing ‘Like Eating Glass’ opens proceedings nicely enough.

Whitey’s take on ‘Helicopter’ provides a little unintentional humour, the wolf-tongued howls absolutely out of place alongside such steely and crisp guitars. Yet the disparate nature of …Remixed’s contributors denies it the coherency of the original: Erol Alkan and Paul Epworth’s Phones come unstuck through simply not adding anything to the originals; if the truth be told they butcher ‘She’s Hearing Voices’ and ‘Banquet’ into by-numbers thud-thud affairs devoid of discernible character. Starrier names take pot shots to indifferent effect: Nick Zinner, Mogwai, Death From Abover 1979… the listener is left unmoved.

That said, the positive does exceed the negative, just; problem is, who’s going to care enough – themselves too lazy to risk a tenner on a stopgap – to find out? Silent Alarm: Remixed, to be frank, isn't wholly necessary. As a result, seek this out in bargain bins rather than premium-priced new release racks.