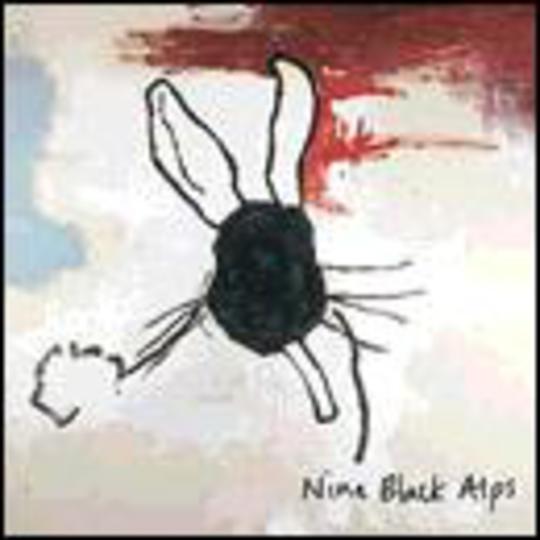 Nine Black Alps are much like smacking your nut against a rough-as-fuck brick wall while off your bitchtits on whatever booze money could buy - a good idea for a few seconds before the monotony brings only pain and, ultimately, bleeding fuckin' agony.

'Get Your Guns' and 'Not Everyone' are early album romperstompers that rock the verse-chorus-verse grunge thing a la Nirva-ohyoufuckingknowalready-na circa their Butch Vig sugary surgery, and Damn Fine Songs they are too. But twelve tracks of the sameold sameold? Oh please.

Damn Fine Songs are only worth their saltiness if they possess a little, y'know, spunk. NBA's (heh, like a sporting governing body, heh) sole but major problem is that so many of these songs - 'Unsatisfied', 'Shot Down', 'Ironside' (that almost sounds like, and whisper it, Terrorvision), the list goes on - lack anything like major soul. Then again, the kind of kid that's gonna love this doesn't want multidimensional music to test the grey matter as much as it does the battered All Stars; all they want is sing-along bombast.

And they get it, too. But kids, headbang to this and not into alley walls in the wee hours of a weekday morning, eh?