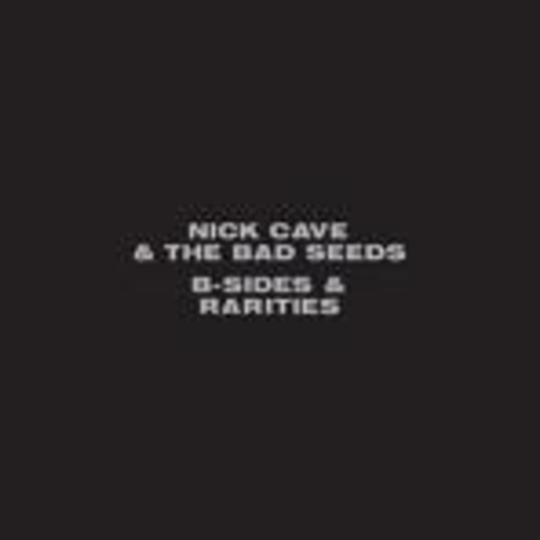 Buying a band’s b-sides/rarities collection is always a bit of a gamble. Sometimes that gamble pays off and you end up with a mighty work like the first half of Suede’s Sci-Fi Lullabies, a CD’s worth of absolutely stunning, a-side quality songs. In other cases, however, you get a dubious item like The Fall’s Interim, a collection of poor quality studio outtakes the main value of which lies in the insight it provides into the band, rather than in the songs themselves.

And now Nick Cave and the Bad Seeds have released B-Sides And Rarities, a three-disc epic covering twenty years’ worth of song re-workings, film soundtrack pieces, tribute cover album contributions and - you guessed it - b-sides. So, which side of the quality track does it fall on?

Well… both sides, really. Some songs are simply obvious b-sides – amiable enough listens, but if you want a dose of Cave they’re not going to be the songs you reach for. Other tracks are Historical Value odds and ends, flippant studio throwaways which give the listener a sense of having walked into the middle of the band’s private joke. If you’re a rabid Bad Seeds fan (a vice to which I freely confess) these songs are interesting glimpses into the inner workings of the band. If you’re not already an admirer, the session outtakes and studio improvisations aren’t going to grip you.

There are also moments of objective genius. There’s love, murder and polygamy in bar-room brawl foot-stomper The Ballard Of Robert Moore and Betty Coltrane; brooding mass-homicidal musing in the four-part radio session version of O’Malley’s Bar and a thundering acoustic take on Jack the Ripper. Sparse yet lovely sit-round-the-piano numbers are in plentiful supply, and there are genius covers which more than do justice to the originals (plus a giggle-inducingly irreverent take on Leonard Cohen’s Tower Of Song, which I will be gleefully playing at anyone likely to get the joke).

Well, there you go: it’s a b-sides collection. It’s there to appeal to the devoted fans. If you’re not yet a NC&tBS devotee (and if not, why not? Huh? Huh? Can you justify your utterly subjective, utterly wrong stance?), there are better ways to get into them than this record. If, on the other hand, you’re already a fan, this is definitely worth a listen, not only for the interest value, but for the multiple songs which are simply brilliant Bad Seeds moments.

But then, if you’re enough of a Nick Cave fan to even consider buying this collection, you probably marked the release date in your diary as soon as you heard it was imminent…