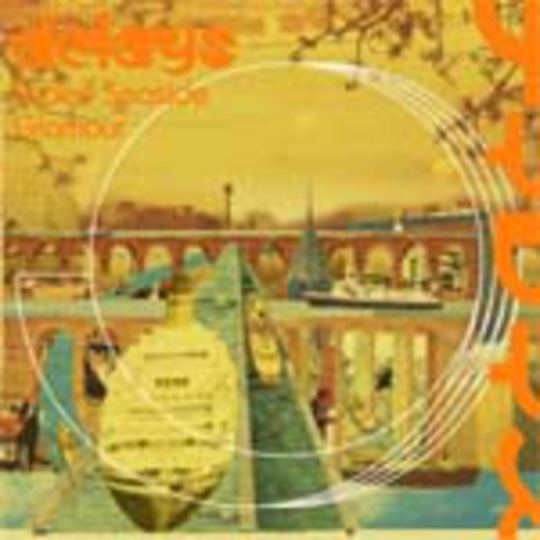 With the eighties revival in full-swing, it should be no surprise to find our indie pop bands looking back to that same era for inspiration. So it goes that Southampton’s brightest hopes, Delays, have concocted an album with magpie influences that include ‘80s stalwarts Cocteau Twins and The La’s, but also pinches cues from ‘60s easy-going pop groups like The Byrds and The Hollies. All of these threads are glued together by singer Greg Gilbert’s gravelly falsetto and a relentless choir of heavenly harmonies.

Rather like My Vitriol’s hamfisted attempt to nail together shoegazing and grunge, much of ‘Faded Seaside Glamour’ falls somewhat flat on the quality meter. However, where the formula works, the results are never less than glorious. ‘Long Time Coming’ and ‘You Wear The Sun’ are nuggets of catchy-as-fuck pop brilliance, while ‘Hey Girl’ is nothing short of a classic piece of songwriting, despite its unmistakable similarity to ‘There She Goes’. After all, if you’re gonna re-write a song there are plenty of worse ones to choose.

Unfortunately, though, almost a third of the album is devoted to namby-pamby ballads which, stripped of the band’s trademark sugary hooks, sound truly wispy by proportion. We’re talking filler here and not in the tasty Heinz sandwich variety. None of this is aided by the heavy-handed production which bludgeons away the character of the record with a little too much gusto. The end result is a collection of songs that sound thrown together and, while many tracks do individually piss on the work of their more fashionable contemporaries, as an album it just doesn’t quite hit the mark.