As The Last Light Drains 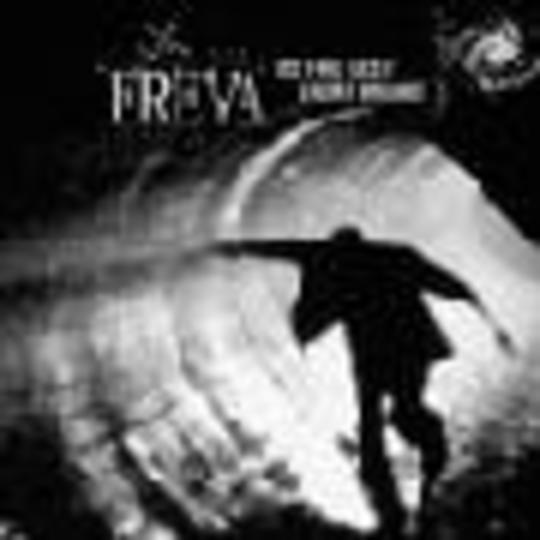 Karl Buechner, frontman with legendary vegan straightedge powerhouse *Earth Crisis *isn’t supposed to be doing this. He’s going against the conventions of just about every band in existence: Band release debut album, critics say they have noticeable potential; band release sophomore album to critical acclaim; third album receives hype and fanbase grows; fourth album is released after a three year hiatus and is slated; band runs low on creativity for fifth album and by the sixth they just disband. Ok, so this isn't a rigid template but very rarely do the band members go on to totally outshine the band they’ve devoted their whole lives to. But, along with fellow EC members Bulldog (bass) and Erick Edwards (guitar), it appears they just have.

Y’see, for any Earth Crisis fan, their last album _‘Slither’ _was a total disappointment. Fumbling their way through cringe worthy nu-metal raps and scraping the barrel dry for musical ideas, the ladder seemed to be well and truly out of their reach.

Until now. *Freya *is their lifeline. While Earth Crisis were an incredibly intelligent and powerful force, especially live, with immeasurable influence on the SxE movement, one listen to Freya and EC suddenly gets pushed to the back of the drawer. Gone is the tough-guy posturing; the condescending militant vegan SxE lyrics; the gruff indecipherable growling and in comes clean cut melodies and a heavy, yet wonderfully sharpened aggression.

The galloping ‘Dead In Her Eyes’ _proves they’ve lost none of their brutality while the super melodic _‘Tortured’ _is more in line with Danny Schuler from Biohazard’s Among Thieves **project. A wide open shriek tears apart the likes of _‘Throwing Rocks At A Dead Man’ _and _‘April Witch’, underscoring a deeply intense pummelling, the likes of which haven’t berated these ears since **Pantera’s ‘Far Beyond Driven’ album had me grappling with an obsession for blood-thickeningly heavy metal at a tender age.

Such a mixture of styles present themselves throughout ‘As The Last Light Drains’, with energetic *Sick of it All *rap-stylings melding into cutting *Poison The Well *choruses (‘Negative Infinity’, ‘Glasseating Smile’) that’re all executed so naturally, so confidently that the album positively bristles with a tangible excitement from beginning to end.

In fact, I’ve not seen a comeback like this since Herbie went to Monte Carlo.