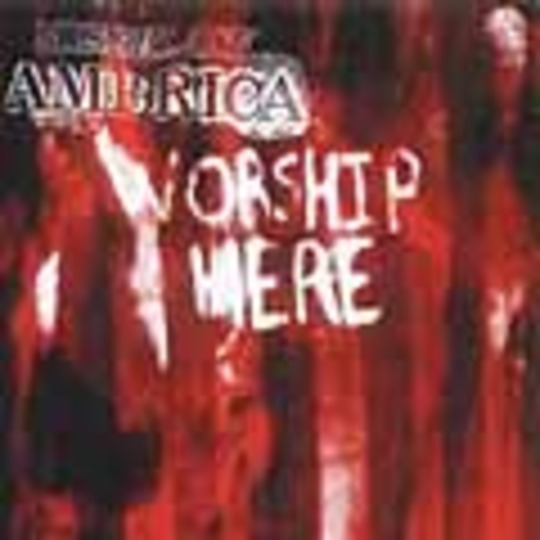 Yes yes yes, I know - it's very predictable - being a DiS writer and giving Miss Black America's debut a good review. And of course really we should do the right thing and slag it to within an inch of its life, for the sake of variety. But... don't you get it? Those here at DiS who like MBA, like them because they're good.

Great things were expected of this album. If it was going to fall, it was gonna be one hell of a drop. MBA have, to a large degree, been sold to the unsuspecting public on the basis of their politics, punk energy and desire to Rock! - but they're first and foremost a pop band, insurmountably concerned with hooks and choruses and bits that make you go "yeah!!". At once starry-eyed and infused with grit and filth, every note of their choruses stretch and crave to be something better than they already are, kicking cooler-than-thou nonchalance to the kerb. However on the basis of the singles, God Bless Miss Black America could have been a real disappointment - the singles, by and large, were fantastic a-sides with not-so-great b-sides. Evidently though, MBA have been cleaning up their act.

For a bunch of angry, riotous punkas, they've paid surprising attention to detail on their debut; the little chips and smears which detracted from otherwise exhilarating songs have been smoothed over; notably the production on Infinite Chinese Box has been vastly improved. And that most feared of terrors - the 6 or so tracks of filler - has failed to materialise; MBA have wisely opted for a short, whirling cyclone of a record rather than an agonising, drawn-out opus. Even putting to one side the singles, there's still an impressive collection of songs, all displaying what MBA do best - twinkling reels of guitar hidden behind fast-n-hard sonic pummelling; a bitchy, vicious, parasitic punk racket twitching beneath a cracked pop veneer. Forget the Manics comparisons, forget the pedantic, grudging picking-apart of MBA's politics - ask yourself one question: do you like them? If no, then fine, don't bother with this record - you'll hate it, it's MBA in a 45 minute nutshell. If yes, buy the damn thing. If you don't know... come and find out.