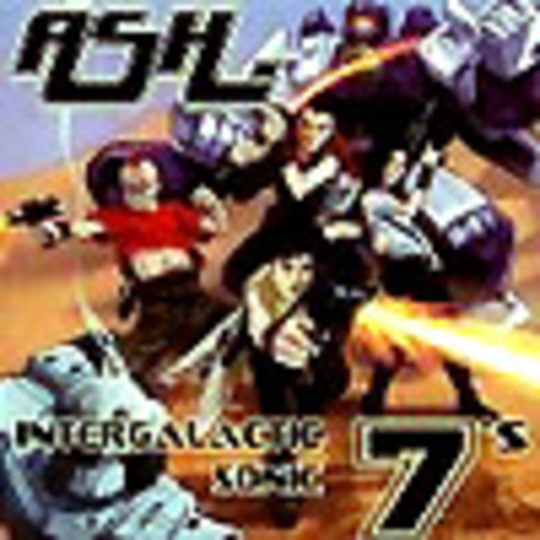 Have you ever listened to The Buzzcock's 'Going Steady' singles compilation? It's absolutely, utterly fantastic. The same goes for the **Pet Shop Boy's 'Discography' and **The Cure's 'Standing On A Beach'. Shorn of the inedifying fat of album tracks and 'extras', Singles collections are the real mark of a good pop band, as sure as pop is about the religion of the 7".

And have no doubt that it is astonishing. Ash albums are invariably as good as their singles, and as a result, '1977' and 'Free All Angels' are thusly brilliant. Collect their singles and you are looking at distilled gold. Actually, fuck gold, this is distilled platinum.

Defying the tradition of chronology in singles collections is probably a wise move; regardless of how throbbingly dark and sexy tracks off 'Nu-Clear Sounds' are, or how much Beach Boys-worthy pure pop nous are contained within the 'Free All Angels' songs, its '1977' that shows why Tim Wheeler is touched with a song writing genius. It doesn't matter how good the songs are that Tim writes from now until eternity, they'll never quite touch the same moment as their LP entrance of 1996.

I guess its an age thing, but there's an element of untouchable youth in these songs, most movingly the wide-eyed, beautifully maudlin passion of 'Goldfinger'.

The only other song in their canon to match it is the hazy glory of '_A Life Less Ordinary_', the culmination of their giddiest creative peak, with its impassioned call of "I'll sell my soul/what is it worth?" Even then, there is a palpable sense of maturity creeping in. Since then, they've been brilliant, but never quite the same. Time inevitably and irrevocably changes us all. Ash however, and lucky for us, are among the lucky few to have the joys of their youth preserved for posterity.

For signs of maturity and sullied emotions, witness the grown-up sentiment of the movingly resigned 'Sometimes'; "_Sometimes it happens/feelings die/whole years are lost in the blink of an eye/we once had it all/but events conspire._" You tell me that that song's just about girls. Is it a wonder that Ash's 'comeback hit' 'Shining Light' sounds like a deliberate attempt to recapture the sound and sentiment of '1977'? The next chapters of Ash are going to be tremendous, but they'll never scale the same peaks again.

Other things must be noted: Tim Wheeler is developing into an excellent lyricist, far better than he is given credit for. Equally, no one this side of the Atlantic has bettered Wheeler/Hatherley's lead guitar breaks for a long time; the lead to 'Girl From Mars' still sends shivers down, then back up, my spine. The singles from 'Nu-Clear Sounds' stand up very well by comparison, as do those from 'Trailer'.