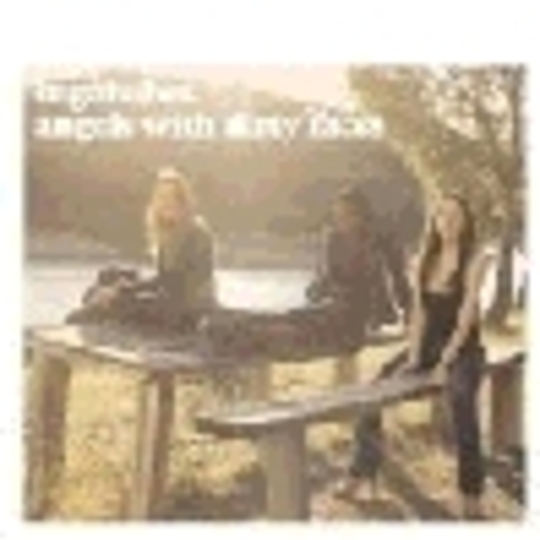 “Punk”, said Greil Marcus, “is where you find it”. I’m inclined to agree.

But then, of course, it all depends on where you look, and if you are looking to find where punk is right now, it wouldn’t make any sense to keep on looking in the same old places, it won’t be there anymore. If the tenet that punk is, at least in attempt, a subversive force is to be agreed then it won’t do that punk can be just repeatedly re-heated in ever more diluted forms of it’s previous self. No, one thing is for sure, if punk - and I’m talking punk music here - exists at all now the one place it won’t be is in the hands of anyone calling themselves ‘punk’, and no fucking way is any guitar band ever gonna be punk again. Not again (especially not if those bands on the Kerrapp! awards show were anything to go by; a succession of sub-Bon Jovi‘s banging out ever-poorer versions of what sounded like ‘Wanted: Dead or Alive‘ with the tune removed). Those white, middle-class, suburban males hunched over their git-arrs, whining faux-angst can’t be where punk is. Not again.

Best place to look for it now, then, would be at their polar opposite: inner-city, multi-cultural, female, no guitars. Now, now. Rest easy all you Spirit of ‘76 warriors, be still your sword hand. I know what you’re thinking, the Sugababes? pUnK?? NEVAH! Did Sid die for this? Etc? Yes, I can tell that the home-made, back-to-front Sham 69 tattoo on your forehead is beginning to itch again with the sheer effrontery of such a claim, I mean having punk name being sullied by those dull-eyed, burger-breath Green Day fans was one thing, but this?

But don’t fear, the Sugababes themselves would, without doubt, be as perplexed as you at the description, after all, why ever would they want to be affiliated with such a moribund and long-since meaningless tag?

No, you can keep the word. ‘Punk’ is all yours rock-boy, phoney Clash-mania has bitten the dust. It’s subversive energy is in new hands now.

The Sugababes then. They made it, they really made it. From singing in the playground to singing to the bedroom mirror to singing on Top Of The Pops to singing from the top of the charts, the Sugababes have made it.

It’s unusual that the road to pop stardom they have taken has been the one (at least recently) less travelled. By that I [mainly] mean that they haven’t been recruited from the Sylvia Young Stage School or have been selected from an army of fame-hypnotised, would-be marionettes on some violently awful, dignity destroying, TV popularity contest.

I suppose I’m saying that they aren’t - that much overused phrase in the 4-Real music slanging match - manufactured. Not that they would be any less valid if they were - some of my best friends are manufactured, I’ll have you know. And In any case, the most celebrated, darling punk band of ‘76/’77 was a manufactured boy-band playing out-dated, over-heated Eddie Cochrene riffs, so what the fuck?

But the best part of it is that, on top of all that worthy stuff is that they’ve made an UTTERLY BRILLIANT pop album. And ‘Angels With Dirty Faces’ is most definitely an album made by pop fans. A Smash Hits mix-tape of an album, bubbling with a post TLC; post Destiny’s Child; post All Saints additood all set to a pumpin’, bumpin’ Britney-robo-disco throb.

Of the songs, the majority of the themes are: we don’t want No Scrubs cos I’m A Survivor and Sisters Are Doing It For Themselves! There are no love songs on this album, and very few signs of self-doubt, just a calm assuredness and a fearless determination. In fact the Sugababes are probably the most uncompromising of girl groups since the Slits. The wonderful, simmering insouciance they display on their TV appearances, the half-hearted miming and no smiling on stages that are otherwise occupied by simpering dolts mugging at the camera, is replicated in the songs. People - particularly boys - who don’t meet their lofty standards are met with withering disdain - just ask Vernon Kay whose series of banal comments were met with a look of unrestrained revulsion and disgust from Keisha and Mutya during one hilarious episode of Popworld earlier this year - and the music has become harder, richer: sharp, abrasive hip-hop beats, rolling UK garage rhythms and an r n’ b sass n’ swagger.

And unlike a lot of contemporary pop/r n’ b albums it isn’t just ‘the singles you know plus some filler’, it’s consistently strong throughout and will, I dare say, be deep-mined for singles for some time to come. But there’s ‘Freak Like Me’ - single of the year the second it was released - still sounding like a level-gazed statement of intent, and it’s superb follow up, ‘Round Round’. Oh, the sheer arrogant nonchalance of the vocals on this, sulkily dallying behind the beat like a rebellious child. It also, if anything else, gave new girl Heidi a chance to shine in the inspired, slammed-on-brakes middle-eight, “Does it hurt to see how I’ve done without you?” she sneers, the others join in “let’s go round and round and rou-ou-ou-ou-ound”, sounding more of a taunt than a chant. Elsewhere, like on the song ‘Blue’, the lyrics are more Bikini Kill than En Vogue, “You think you’re too heavy / Trying mess / don’t fuck with me / Can’t you see that your games run out?”. The only real let-down is the presence of a bloody Sting song, ‘Shape’. Sting! it starts off sounding like a cover version, fine, but then Sting his-self butts in. With his voice! You can hear his fucking voice on it! Jesus! That’s about the least credible thing ever. It’s the kiss of death where indie-cool is concerned. Not that the Sugababes care for such nonsense - they don’t give a damn about a thing, remember? They’re too busy subverting from within. Playing by their own rules, not by playing to any notion of received cool. Punk! That‘s punk, I suppose. Individuality + [rebellion x determination] = Sugababes = punk. Hey, Kurt would understand. Greil Marcus understands, even the little girls seem to understand.

But don‘t play this to those that call themselves punk. They won‘t understand.