Here's Tom With The Weather 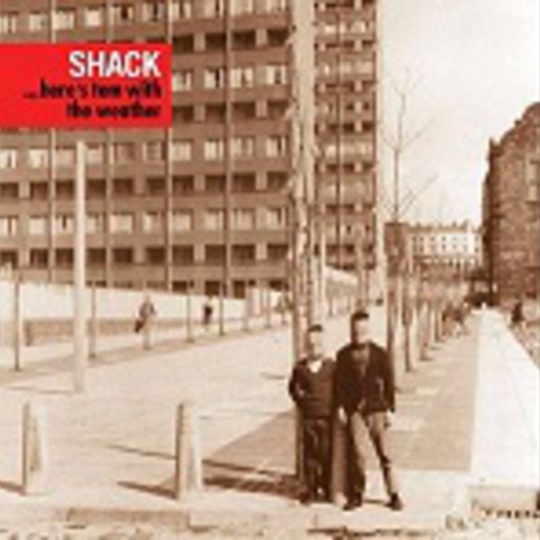 Shack: it rhymes with Back, Crack, Sack, Gak and Attack. Shack? You thought they’d crawled off to die in Bridlington Spa or something. Shack: a band only liked by music journalists.

Having defied the bad drugs and the bad record company people and whatever other bad things cause bands to vanish for inordinate lengths of time after a hugely critically-acclaimed album, Shack are back (do you see?).

While this is a welcome return worthy of much rejoicing, ‘Here’s Tom With the Weather’ is not the, well, event I would’ve hoped for. I’m very suspicious of its intentions, its (falsely) innocent approach, its slowness in seeping into my head. Hmmmmmm. Not sure of this critter at all. Perhaps they are seasonal. Forming these pixels in the middle of a heatwave doesn’t make sense.

Shack piss me off. I think I love them, but then I think I don’t. I can’t love something that’s deeply personal to somebody else. Oh, but it’s so warm-sounding, such a feeling of timelessness, not a million miles from current Calexico output. After only a few listens, there are fleeting moments of glory, encompassed in a whole ‘body’ of ‘work’. Your singles chart can fuck right off.

There’s something starkly beautiful about ‘Here’s Tom…’. There’s the feeling that it’ll eventually be seen as one of those overlooked classics like Dexy’s ‘Don’t Stand Me Down’. On the other hand, there’s the air of muggy melancholia and acoustic angst, and during ‘Camden Road’, I’m thinking that I’d rather go and listen to ‘Happy Hour’ by The Housemartins. But if I listen to ‘Camden Road’ tomorrow, it might make me want to curl up in the corner with a Camberwell Carrot.

Hmmmmmm, yes. I shall have to have a think about this one.