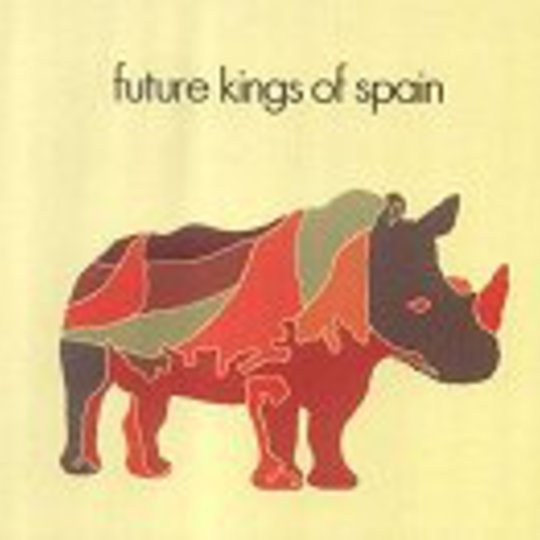 Hurrah for screaming! A misleading mighty rock screamer (now now), ‘A Place For Everything’, opens Future Kings of Spain’s debut album. Misleading? Well as mighty as this full-on assault can be, the band are a pop group at heart. Those distorted guitars can’t hide their sense of melody.

I hate listening to piles of shit CDs. It sucks. But among those wobbly piles will always lie a surprise, and Future Kings of Spain are one of those surprises this year. Initial listening had me worried – shit, they’re the next Wilt. Oh bugger. No. Make room, make room - more underachieving average rock bands. Help meeeeee.

That is all wrong. This is a grower. Plenty of ear candy here. ‘Venetian Blinds’ has the grin-inducing melody of Weezer and The Rentals, whilst ‘Your Starlight’ is the straight-ahead kinda classic-sounding rock tune Serafin should really be writing.

As far as the GRATE songs on the album are concerned, they’re mostly there in the first four tracks, but that doesn’t mean it gets shit. ‘Meanest Song’ is a pleasant powerpunker, and ‘Face I Know’ has some guitar action which reminded this reviewer of Six By Seven's ‘Eat Junk Become Junk’, which is a very good thing indeed. It’s not without its weak points of course: ‘So Wrong’ is a bit of an unfortunately meandering rock slop.

It finishes on a high with ‘Upside Down’, which goes for their more, awwwwwww, soft and sensitive side (nb. it has quiet verses and louder choruses).

Good stuff. Check them out.