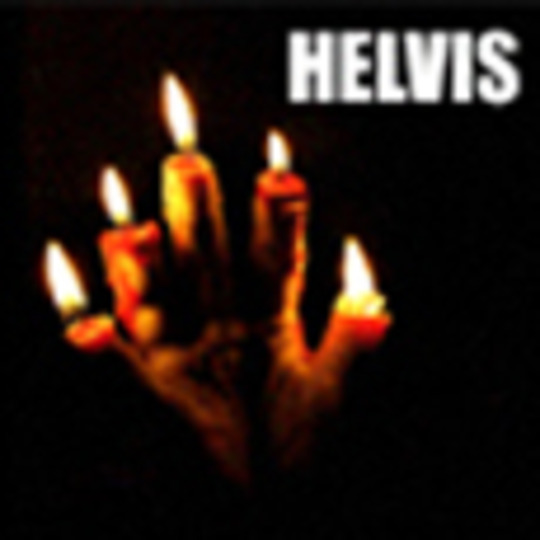 You just know that when members of *Iron Monkey, Hard To Swallow *and *Dead Inside *get together you’re not gonna hear *Belle & Sabastian *covers coming out of their practise room. Ohhhh no. No, this is the kind of dirty, sloppy, noisy stuff that only the insane and the insanely pissed off find comfort in. The kind of violent cathartisism that people have been burned at the stake for indulging in. And the place where bands like *Crowbar, Down *and *Helvis *call home.

Having supported the likes of Clutch and *Raging Speedhorn *it’s probably the stoner crowd who will warm to them first. Then when the metallers come out from hiding behind the bushes and see that Bloody Kev won’t bite their head off, no matter how evil he stares into their eyes they too may find a special home for Helvis. Probably in the rack labelled ‘Post-Parental Rows’. For it’s in that kind of situation where Helvis’ ugly aggression makes the most sense.

The slow, grinding _‘Snail Speech’ _is almost like a homage to *Pantera *as it crunches it’s way through a nice slick hook while Kev’s gargly vocals dribble like black tar out of your speakers before the band’s aggressive punk rock past catches up with them as the tempo speeds up and Kev’s more menacing shouts spring into action.

And that’s pretty much what the rest of the album’s like. Although seeming slightly too rushed and sloppy in parts that’s probably how they intended it, blasting through something loud & fast and not putting too much thought into what came out. Or was that just Hard to Swallow? No, this IS a more focussed than that abomination, 'Reverence The Sacrifice' being an admirable slab of aggro-metal. It just seems a little lazily put together, and as a result Helvis have kind of limited their scope.