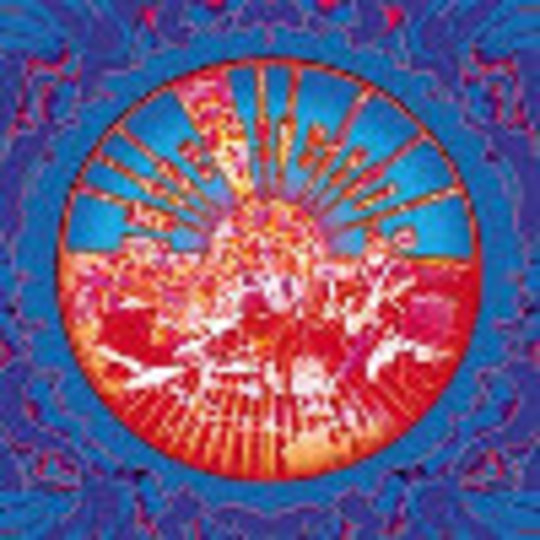 Too weird to be truly embraced by the stoner rock crowd, but too heavy to appeal to seemingly anyone else, The Heads themselves pre-empted such suggestions with previous long-player title ‘Everyone Knows We Got Nowhere’.

However, the Bristol-via-major-acid-trip quartet’s third album sees them operating in an expansive mushroom-filled field of their very own.

Musical trends are casually regarded before being viciously slung through a window from the moment ‘Dissonaut’ breaks from a weirdly intoned intro – referencing, amongst others, the occult and rock festivals – into an ever-building riff of house-leveling intensity. A couple of minutes later the urge to shout “Fuck yeah!” is almost irresistible.

Everything is done either at opium den pace or with underlying punk spirit, but such attitude is exactly what makes The Heads so mind-expanding.

‘Bedminster #1’ teeters on the edge of a supersonic chemical-induced breakdown, gripping attention right to its caterwauling false conclusion. Another minute and a half of calm after the storm follows, but your brain is already past repair. Put simply, this is what it must feel like to lose your mind after doing LSD since the ’60s.

‘Under Sided’ is a headache of an album; approximating ...Trail of Dead drumming along to Monster Magnet minus their most recent cock rock tendencies, completed by Simon Price’s almost monotone vocals, epitomizing their stoner-slacker cool.

Need any more proof? Try all 18 minutes of closing hell-storm ‘Heavy Sea’. After a cacophonous ascent and destructive return to earth, it dies disconcertingly into reverberations of swashing seashore breakers, intertwined with disorientating echoes of still wailing guitars.

The Heads emerge from their blazing psychedelic bunker clutching their sanity, but the real question is, will you?