Into The Valley Of Death 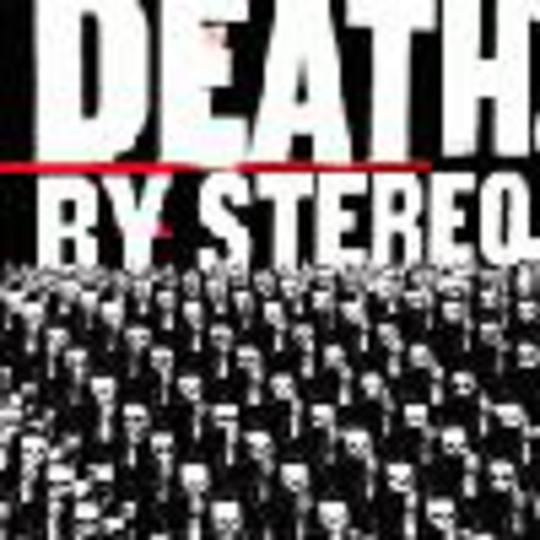 ‘You’re A Bullshit Salesman With A Mouthful of Samples’ _

Seems as *Death By Stereo *release their third full length album the chances of a chart-topping love-ballad are as far away as they've ever been for Southern California’s hottest punk-metal overlords. Expanding on the unsavoury offerings dealt out by 2001’s _‘Day of The Death’ _album, _‘Into The Valley of Death’ _is much more lethal in its assault, flipping from the extremes of coarse, fully-charged axe-grinding to smoothed-out, full-bodied crooning in a way that only DBS can pull off.

Indeed, it seems a lot more time has been spent working on this album in an effort to make it both as intense and varied as possible, capitalising on Schultz’ remarkable vocal talents to create music you can actually sing your heart out to while beating the utter crap out of the guy next to you in the pit. Obviously there are the more straight-up pit-polemics such as the foot-stomping ‘What I can’t Hear, Touch, Taste, Smell or See Can’t Hurt Me’ _and the seething 38-second _‘Good Morning America’ _. It is, however, the slick harmonic-bending solos of _‘Shh… It’ll Be Our Little Secret’ _(addressing the life-destroying effects of child abuse), the soaring melodies of _‘Wasted Words’ _and the haunting operatic voices echoing the words _"we are not alone" in _‘Let Down & Alone’ _that ensure that DBS are a band overflowing with ideas; offering something genuinely different to Epitaph’s usual pop-punk offerings.

But while this whips the ass of anything the likes of *Avenged Sevenfold *or *The Suicide Machines *can muster, true DBS fans may find it lacks much of what made their debut such a raw, spirited in-your-face attack, though bassist Paul’s venerable production skills this time should not be overlooked. It is, however, as explosive and powerful as you’d expect from DBS and all executed with whip-cracking precision. Death to the stereo – let’s hear this played live!