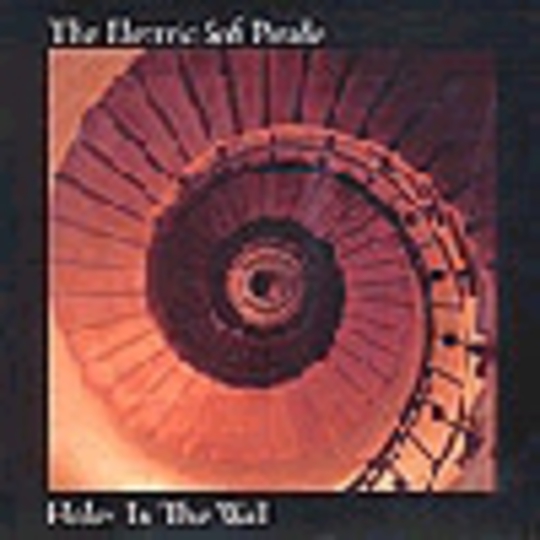 Hype is a very dangerous thing and young Brighton duo The Electric Soft Parade have suffered from it as much as anyone. Under their former guise as just The Soft Parade, they were hailed for some reason as one of the best and most exciting new bands around last year, and this album was never really going to live up to that.

Influenced largely by British indie bands of the late nineties - they even have a photo of their room covered with Super Furry Animals and Pulp posters to prove who they like - for most of the album they craft simple guitar pop like that of Britpop bands. They do have a gift for catchy hooks and memorable choruses, particularly on 3-minute sing-along singles "Empty At The End" and "There's A Silence", but the ballads like "It's Wasting Me Away" sound drab and drag on in comparison to both bands more suited to this kind of acoustic miserablism and The Electric Soft Parade's other songs.

Where things get far more interesting is when they abandon the short and catchy pop formula and produce songs like the lovely vocodered opener "Start Again" and (soon to be re-released) single "Silent To The Dark". The brilliant centrepeice to the album, this starts off as an unremarkable though pleasantly infectious song like most of the others. Then, a little over three minutes in, it transforms into a wonderful drifty and beautiful instrumental, with only echoey piano over the ambient synth backing and faintly audible whispers for the next five minutes or so before the chorus comes back in to finish it. It would make for an unsettling listen anyway, but sticking it in the middle of such an obviously commercial song makes it all the more so.

The urge to experiment is less successful elsewhere, with the way in which shouty "Why Do You Try So Hard To Hate Me?" and "Biting The Soles Of My Feet", which features dazzling Grandaddy-style keyboards, both head off in completely different directions halfway through serving only to spoil what could have been punchy songs and make me wonder if the band actually had a clear idea themselves of how they wanted them to work.

Ultimately then, it is a lack of a clear focus which the 55-minute long "Holes In The Wall" suffers from, but it does show that Tom and Alex White have a great way with a tune and the potential, especially given that they are still teenagers, to someday live up to the hype. Until then we'll have to settle for the often frustrating songs on offer here.