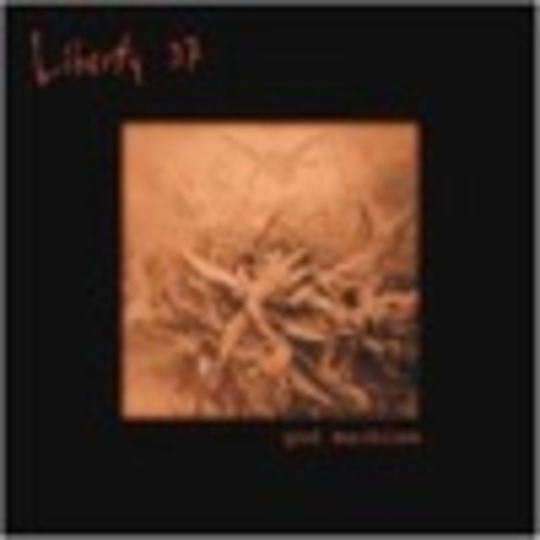 'God Machine' is the Swansea boys' follow up to their grandiose, and often just plain epic, 1999 debut 'The Greatest Gift'. That bombed and so naturally they got dropped. Of course. They decided to go home and signed to local label, Mighty Atom. This is what they did with a bit more time.

Initial thoughts? Chugging power chordery. The first lyrics: "If roses are red and the skies are blue." Oh dear. It does get better. Second track 'Stanislaw' is a tune of those epic proportions demonstrated on the aforementioned debut. It should be a classic for all to behold, but alas barely anyone is going to hear this record, I daresay. It is a shame. Amazingly heavy guitars combine with weightless vocals on a backdrop of Nazi *propaganda. Yeah, they put Hitler in it. It sounds angry enough. *Liberty 37 *always did enjoy their power ballads and similarly always enjoyed growling and chugging away in a slightly more vicious fashion. It was, more often than not, the latter at which they succeeded most. This is demonstrated quite clearly here during '_Head Of David_' as they rock out from the outset. Big riffage coupled with the emergence of often almost spoken vocals makes this track something special. '_Broadside*_' sees frantic, then soaring, vocals building up alongside growing guitars which later go ballistic. Climatic.

Ishmael Lewis' vocals are often perfectly matched to the music but the odd occasion finds him sadly lacking _a little something. He just seems out of place. But then he slides back again, thrice as snugly and it works again. It is this trend that sees 'God Machine_' be a bit hit and miss. The misses feel slightly unbefitting but do make you listen harder as you wonder what indeed is going on. However, the hits continue to pound away at a small section of your body repeatedly until submission is the sole alternative.

_I doubt you're going to buy this record but download: