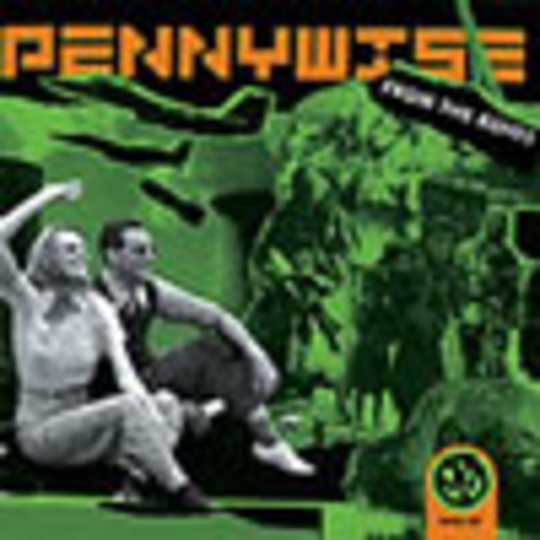 Bands as consistently brilliant as *Pennywise *are few and far between, especially in the fickle world of pop-punk where bands like *The Ataris *and *MxPx *have sadly opted to mellow out amid the pressures and temptations that the evil ‘major label’ brings. So as these Hermosa Beach natives gear up to release their eighth studio album it’s therefore reassuring to find them carrying on the excellence that they’ve become known for. Their usual combination of thick, turbo-charged riffwork and vocalist Jim Lindberg’s catchy sing-a-long melodies are dished up in 14 fresh new tracks, bringing to mind the old adage ‘if it ain’t broke, don’t fix it’.

Which is, I guess, what every Pennywise fan has come to expect. It’s not like burly guitarist Fletcher’s gonna be prone to a bout of emo poppiness any time soon, just as you can’t really see Jim churning out gut-wrenching *Death By Stereo *screams on the next album. They know they have something special, but as each album becomes a continuation of the one before it you do sense that Pennywise are perhaps starting to become victims of their own success; every PW fan quite rightly expecting an album of top notch PW punk all the way through, from beginning to end which, if truth be told, 'From The Ashes' just isn’t.

That’s not to say this isn’t an excellent album, as even the few lightweight tracks on here are better than most other pop-punk bands on full throttle. It just seems as you listen to this over and over that the tidal wave of tunes that presented themselves on great classics like _‘About Time’, ‘Full Circle’ _and ‘Straight Ahead’ are gradually beginning to subside.

And listening to this album is like asking a mate to get you a sandwich from Marks & Spencer, only to find he’s bought you one from Greggs. It’s good, and it tastes nice, but it’s not Marks & Spencer. And similarly on this album, the songs are good but they’re no ‘Alien’, no ‘Society’, no ‘Same Old Story’.

And as such you start to wish they had experimented a little further, such as in ‘This Is Only A Test’ where the acoustic intro and outro makes you wonder why they couldn’t have just slowed down its pace and played it purely acoustic, or at least included a bonus acoustic version of it.

That said though, those expecting the frenetic energy and the usual socio-political commentary they’ve have been living their life by since their first PW tune still won’t be disappointed because no matter what they come out with, no one can take away the unmistakable attitude that emanates from every PW release.

Like I said, it ain't broke. It just needs a little oiling.