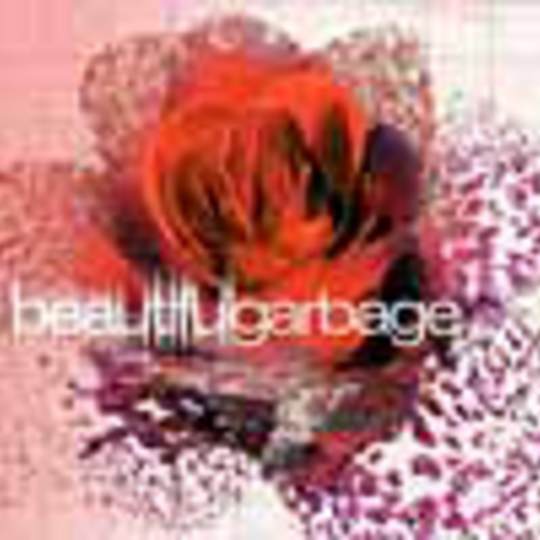 There’s a lot resting on the third album from Garbage. After the enormous success of their self titled debut and 1998’s follow up Version 2.0 Shirley, Butch, Steve, and Duke (don’t you just love rock names) have taken their time over number three. The sample and synth rock blueprint remains but there is a change in the air. Garbage are older.

Not that the four piece were ever that young of course. Shirley Manson was, after all, a world wise twenty eight year old when she accepted the invitation to front what was initially a studio project made up by men in their early fourties. This means that unlike other bands on their third album, such as Ash, the six years spent between studio and stage reflects a time period far removed from that of many of those who started at the same time. If the lyrics are anything to go by beautifulgarbage is about the 20/30 shift rather than teens to 20s.

The sound is still a well calculated mix of ear friendly industrial rock, dirty samples, and cooling synths. Track one, Shut Your Mouth, pretty much sums up the feeling of the album, more swearing than on the entirety of the first two combined and defiant lyrical lines including ..would you confess if we asked that you nurture the urge to declare that it’s time to settle down with a man of your own, you want a baby, a family, a piece of security..shut your mouth!..

From then on it’s stylistically quite mixed. Single, Androgeny, is classic Garbage in the style of * Stupid Girl, with it’s pop hooks and easy to sing along chorus. Although it goes a bit *Dubstar in the middle eight. Can’t Cry These Tears, like, Silence Is Golden and Drive You Home, is a larger than life swinging electro pop ballad. It’s got all the Garbage trademarks, looping drums and crackling samples etc, but it’s utterly pop. Anyone from Britney to Atomic Kitten would kill for one of these. Except they’d probably drop the lyrics by about 40 IQ points.

Til The Day I Day sounds like PJ Harvey circa Meet Ze Monster with it’s dirty fuzz guitar and Shirley’s low spitting intonation and shrill peeks. Although the guitar riff does echo I Think I’m Paranoid just a little too closely. Cup Of Coffee is a dramatic and awesome ballad of mature break up, thankfully just a little too self destructive and serious to be grabbed by a tv producer looking for dumping music for his professional women and their relationships sitcom. Perhaps it could have done without the b-movie flying saucer sound effect though. So Like A Rose completes the cd, a dreamy laid back affair without the usual two and a half gigabytes of samples cluttering the simplicity.

Although some might argue it’s merely a mechanical material upgrade for 2001 (notice how it’s released on 01/10/01 - all those zeros and ones, creepy) beautifulgarbage should be seen as a good album in it’s own right. It’s not for kids (see the lamentable chart position for the current single), it’s for adults who don’t want to listen to Dido quite yet. Essentially the sound of reality without the "authentic" reality sound of moping blokes and acoustic guitars.