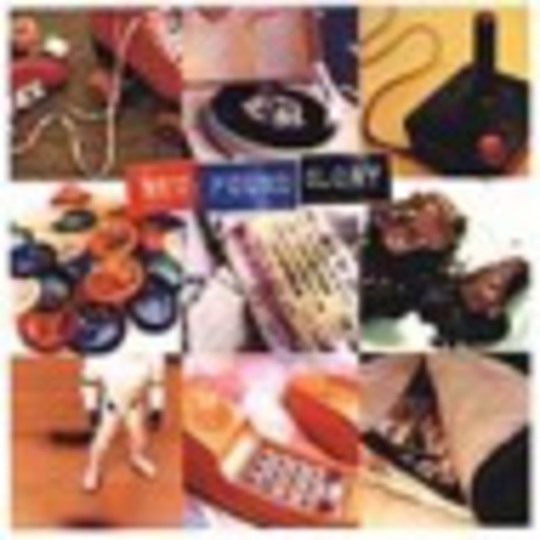 New Found Glory, in case you haven’t heard, are the latest in a long line of bands being heralded as 'the new Blink 182'. They're a five-piece pop punk outfit hailing from Coral Springs, Florida, and, much like the Tom, Mark & Travis show, they are particularly fond of singing about relationships. Rather than write about their mothers being transsexuals and their fathers raping them, however, NFG adopt a more sentimental approach.

More accurately, this album contains, spews if you will, lyrics so degrading, so gut-wrenchingly sappy, that even the most loyal of pop punk fans would be excused for packing their bags and converting to an altogether less joyous scene. Song titles like All About Her and Ballad For The Lost Romantics should convey this adequately, sparing me the necessity of actually quoting any of the mushy drivel pouring down the inside sleeve.

Thankfully for them the music-buying public doesn't seem too traumatised by vocals like this, as can only be assumed given the album's phenomenal success in the USA. Indeed, as long as you can quite manage to cast aside the lyrical nonsense, you should find this to be a collection of spellbindingly catchy, tight and (slightly worryingly) almost original-sounding tracks. The customary hit single comes in the form of the radio-friendly Hit or Miss, while songs like Eyesore and Sucker expose a more laid-back side to the band, without ever departing from their up-beat nature. The aforementioned Ballad For The Lost Romantics, meanwhile, rounds up the LP in a truly cataclysmic style, with an anthem-heavy chorus colliding with shatteringly chunky guitar riffs.

This self-titled UK debut certainly isn’t without its fault - tracks like Black & Blue see NFG inexplicably wander into thrash territory, producing an irritatingly fast-paced and mind-numbingly dull two minute long screeching noise – however on the whole it's a polished and hugely refreshing album. The band successfully manage to combine the commercially viable punk tunes of Blink 182 with the glistening complexity of emo-heroes The Get Up Kids - careful never to compromise either genre's integrity.

They might not be the most revolutionary act the world has ever seen, but if you're looking for a sincere punk band that writes layered music and doesn't take itself to seriously, you really could do much worse than these guys. Just try not to think about the fact that they previously released a cover of Celine Dione's My Heart Will Go On – we all make mistakes.