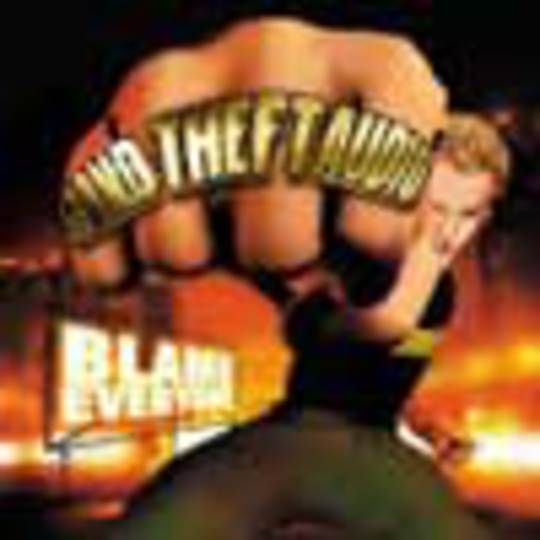 Song titles like 'We Luv U', 'Stoopid Ass' and 'Rock the House' suggest a tackiness which, if slightly evident on this album, does not tell the whole story. Although this 'superstar' group also features Chris McCormack from 3 Colours Red and Jay Butler from RealTV, it seems that the creative force behind this album comes principally from drummer Ritch Battersby and bassist Ralph Jezzard, whose teamwork was first displayed on the noisy, distorted Wildhearts album 'Endless, Nameless'.

'Blame Everyone' is what 'Endless, Nameless' might have sounded like if The Wildhearts had started with the same concept (i.e. to make a noisy brash record, full of distortion and samples) but injected into it the positive energy on display here instead of the negativity which made their last recording both brilliant and controversial at the same time. Songs like 'Drugs and Girls' and 'We Luv U' take their cue from the simple punk of bands like The Clash and the Sex Pistols, whilst adding into the mix a good degree of distortion and even noisier guitars, while the likes of 'Stoopid Ass' feature the type of rapping which has led to inaccurate if not totally unjustified branding of Grand Theft Audio as a 'Nu-metal' band.

In short, 'Blame Everyone' is proudly defiant, a crude and over-the-top melee of just about everything that is big and brash, which succeeds simply because its sole aim is to transmit an unrelenting positivity into a world whose cynicism will have left it totally unprepared for, and therefore intensely receptive to, a record like this.