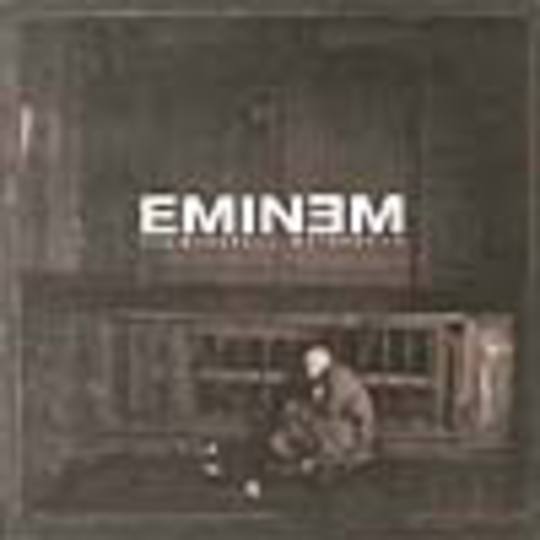 If you believe whatever the NMEvil says Marshall Mathers AKA Eminem AKA Slim Shady is the most subversive rebel to come out of ANYWHERE since The Sex Pistols/ Public Enemy/ NWA [Delete as appropriate]. He is portrayed as a misogynistic, violence inducing, drug condoning, all singing all dancing bigot.

However in my extensive research I have found that M&M fails to scare the older generation at all. In fact the other day my mum confessed that she “quite likes him”. Oldies are now banging on about the fact that he’s a modern day poet, the white trash Shakespeare of Hip Hop. Dinner parties are filled with people commenting about how brilliant his limited command of the English language is, how he “says it like it is”. That is if “saying it like it is” is to share your fantasy of killing your mum.

Mathers can certainly rhyme and spin a good yarn. He is also possibly the most post-modern star we’ve got. He spends most of the LP, from “Public Service Announcement”, to “The Way I Am”, To “Slim Shady” telling us that he doesn’t mean what he says. The “Marshal Mathers LP” is in many ways his justification for “The Slim shady LP.” He points out some obvious arguments, it’s the parents fault for not supervising their kids, his anecdotes are fictional, they are only words after all. However if we aren’t to believe all that he says then will it be alright if we come around to Em’s house at 4pm for tea and biscuits?

You see the bread-and-butter faced rapper is finding it hard to deal with fame. The man who calls all boybands “fagots” has more gurlies lusting after him than they do and he’s sending us all a warning to LEAVE HIM ALONE!!!!!!

Judging by the his recent call to court for carrying firearms, and the stories that he threatened fans outside his house with pop guns we can guess that the message hasn’t sunk in with the ones who eschew the words, and listen to the thumping bass and the Mario Bros computer game inspired backing tracks.

spirit of the streets