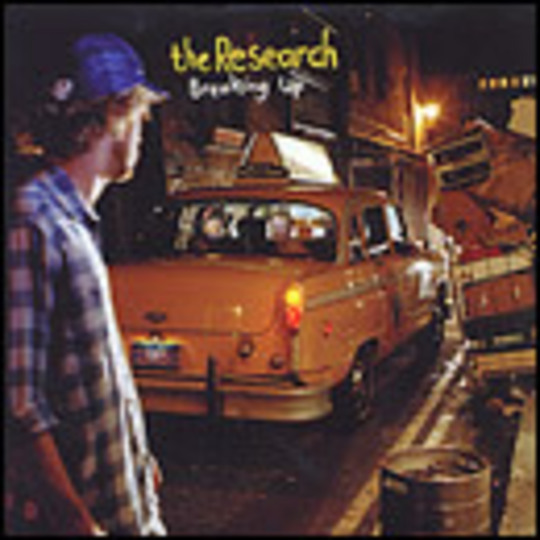 They've been playing these songs for what seems like a lifetime, spreading their music to all four corners of the UK, but only now is Breaking Up, the debut album by The Research, finally seeing the light of day.

Not normally a band to mince their words, The Research are like the warmest portion of sweet'n'sour chicken from the local Cantonese deli. Considered twee by their detractors (who, it has to be said, must be tone deaf) The Reasearch may be, but the happy-go-lucky, Casio-plated sheen surrounding their elegantly crafted pop songs disguises what are, by and large, tales of bitterness, regret and longing for things that are impossibly out of reach.

Vocalist, keyboard-destroyer and chief protagonist Russell Searle may consider himself to be a Disaster of sorts, but if there was ever to be an award for Best Lyrical Couplets dished out at these congratulatory ceremonies of late, he'd have the first, second and third prizes sewn up. The rest of the competition, meanwhile, would still be getting to grips with changing the ink cartridge in their fountain pens.

Opener 'The Way You Used To Smile' may sound like an incessant Beach Boys-meets-The Shangri-Las homage, as swooping keys and luscious boy-girl harmonies courtesy of Searle, Georgia Lashbrook and Sarah Williams securely envelope the whole package tightly together, but listen closely and you'll hear Russell (aka The Disaster) pouring his heart out with all the sentimentality of a lonely 56-year-old divorcee: "I want you to know I lied / about the 16 track / I only sold my songs because I wanted to get you back..."

Elsewhere, the keyboard carcrash of 'True Love Weighs A Tonne' and the punk-in-a-plastic-bag 'She's Not Leaving' display a majestically vitriolic side to the singer's psyche - "She's not screwing him/she's too tired/you heard the gun shot before it was fired." Meanwhile, 'We've Got Something' sees his mood change to one of desperation, offering a plea before his beau walks out the door: "I don't ever wanna lose you, I need you in my life."

In short, Breaking Up basically does as it says on the tin (or sleeve as the case may be): it documents a series of obvious relationship low points in Searle's life. 'Lonely Hearts Still Beat The Same' is perhaps the most disturbingly desolate song ever written about being dumped, while 'When You Get Home' is like the contents of a bad dream memorised and brought out into the open, culminating in Searle's vehement dismissal of any affection for the subject in question - "When you're in Spain with whatever his name is I'll forget your name... I can trust you like a shark / Get your teeth out of my heart."

If anything can dispel the myth that all is happy fluffy bunnies and chocolate-coated bliss in the world of The Research, this record does. Listen intently but with caution - this album could seriously damage you and your partner's relationship.