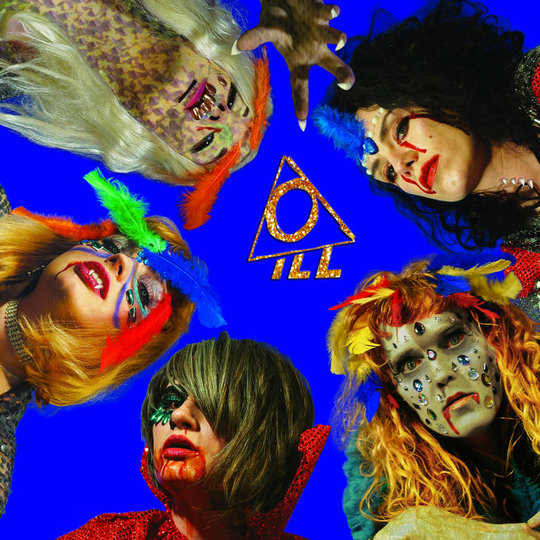 Once in a while, a record comes along that knocks you on your arse. We are Ill is such an instance. It's a rarity that a band deliver a debut that feels so fully formed and stridently confident in its sound and intent. But Ill have done just that, and then some, with a weirdly original set of songs and a deliciously contemptuous attitude.

Straight out of the traps We Are Ill brands itself as an overtly political record with ‘Ill Song’, which has the wilful destruction of the NHS in its sights. In addition to the institution’s crumbling state, the band home in on the general erosion of compassion within society upon which free healthcare was founded: “No one needs you when you're ill/no one calls you when you’re well/take your pills!”

Yet Ill aren’t a band trading in po-faced protest, as their’s is always delivered with wit and a healthy sense of the absurd. Perhaps nowhere more so than on the brilliantly titled Space Dick. With this surrealist and hysterically comic take on sexual harassers - “I work for NASA gonna sexually harass ya” - Ill expose the absurdity of the culture while retaining that all-too-necessary sinister air - “Girl you look so foxy when you’re running out of oxygen.”

‘Bears’ is another example of the often ominous tone, and the menace apparent in the threat “I’ll feed you to my bears” is prevalent across the album. ‘I Am The Meat’ pounds like butcher taking a meat cleaver to a carcass, but Ill aren’t offering themselves up as sacrificial lambs but rather it is they that pose a vampiric threat.

The heavy drone of' 'Power', ponders the issue of control if the tables were turned: “What am I supposed to do with all this power? All anger, all this violence.” But it’s ‘Hysterical’ that highlights what men have done with theirs in an attempt to diminish women’s by branding them neurotic and of singular purpose: “You’re just a birthing machine. Hysterical irrational.” Well ‘fuck that’ Ill seem to propose as the track builds into a frenzy of “Mother hero, mother hero, push push push push!” delivering a figurative kick in the nuts of the patriarchy. It's a brilliantly irreverent highlight on a record of pitiless satire.

Musically it’s easy to make a lazy comparison to a band like The Slits, but while Ill carry their venerable kick-arse character forward, their purview is also wide and imaginative. A track like ‘Stuck On A Loop’ takes punks snottiness an injects a shot of Bananarama-like hooks that burrow into your brain, and then ‘Bus Shelter’ revels in deadpan vocal delivery and kitchen sink normality. Yet Ill also manage to slide in the epic prog rocker 'Slithering Lizards'. Much like they won’t be pinned as merely birthing machines, Ill are reluctant to settle for one genre. In lesser hands, this could make for an uneven listen, but they have the strength of character to make every avenue they pursue their own.

On ‘Power’ they sing, “Energy doesn’t dissipate it must be changed into another state”, which is precisely what the band have thrillingly achieved here. We Are Ill is psychedelic, surreal, weird, funny and poignant. And with it, Ill have created a fearless debut that’s utterly unique.