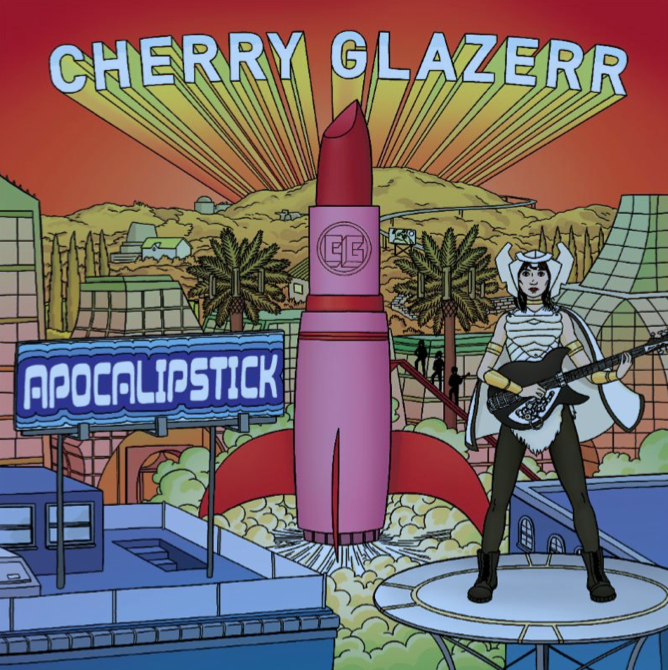 A series of gut instincts, bloody rumbles, and quick thrills, exploded into ruby red projection screens for all the world to see»

On Apocalipstick the band worked with rock'n'roll wizard Joe Chicarelli [White Stripes, The Shins, The Strokes] and Carlos de la Garza [Bleached, M83, Tegan and Sara]. The band's newfound self-discipline and motivation has evolved Cherry Glazerr into a wildly complex, hugely guitar heavy, and unapologetically loud machine. When it comes to sweating the major shit, Cherry Glazerr live like they want to see others live. They don't want to preach certain politics, they'd rather hold court for an open discourse. The subject of equality among the sexes, however, holds a special, unavoidable place for Clem, torchbearer for feminism in its raddest forms. That's so key to her aesthetic that it's the opening sentiment of Apocalipstick via the anthemic, disaster-laden Told You I'd Be With The Guys. The song documents Clem's realization that she needed to establish solidarity with other women and stop being a “lone wolf”.
description from www.roughtrade.com