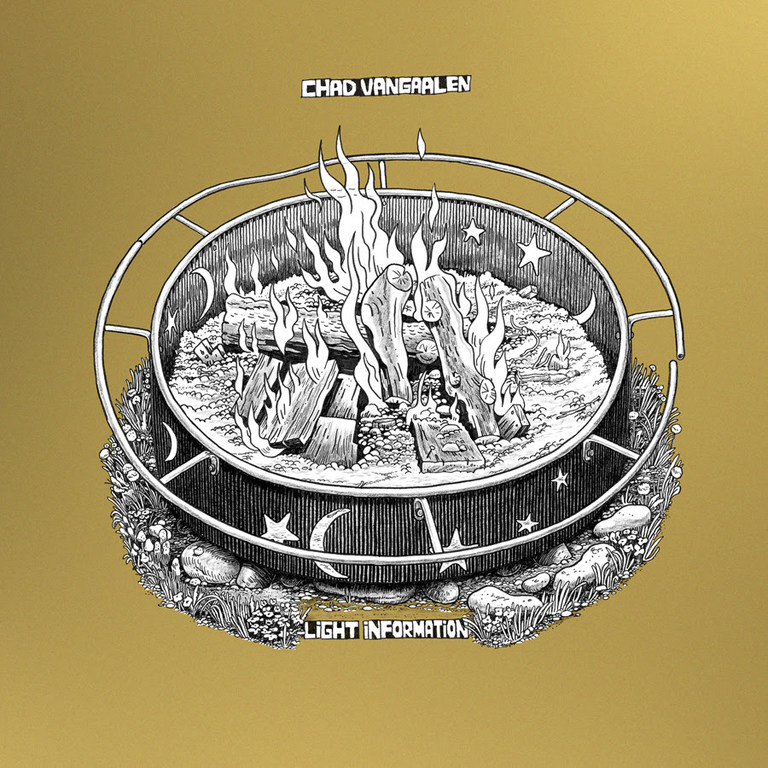 The song Old Heads is a sci-fi space anthem to technology that constantly replaces itself, proving both necessary and unnecessary at the same time. It’s also a jangly pop gem, a trip through the fantastical that is ultimately warm and relatable. This remarkable coexistence is one of many achievements of Chad VanGaalen’s Light Information, his sixth record on Sub Pop. For an album that’s about “not feeling comfortable with really anything,” as VanGaalen says, Light Information is nonetheless a vivid, welcoming journey through future worlds and relentless memories. The rich soundscapes and sometimes jarring imagery could only come from the mind of a creative polymath - an accomplished visual artist, animator, director, and producer, VanGaalen has scored television shows, designed puppet characters for Adult Swim, directed videos for Shabazz Palaces, Strand of Oaks, METZ, Dan Deacon, and The Head and the Heart, and produced records for Women, Alvvays, and others. While alienation has always been a theme of VanGaalen’s music, Light Information draws on a new kind of wisdom - and anxiety - gained as he watches his kids growing up. “Being a parent has given me a sort of alternate perspective, worrying about exposure to a new type of consciousness that's happening through the internet,” he says. Throughout the dark-wave reverb of Light Information are stories of paranoia, disembodiment, and isolation - but there’s also playfulness, empathy, and intimacy. The product of six years’ work, going back even before 2014’s Shrink Dust, Light Information emerged from the experimental instruments that fill VanGaalen’s Calgary garage studio. As always, VanGaalen wrote, played, and produced all of the music on Light Information (save Ryan Bourne’s bass part on Mystery Elementals and vocals on Static Shape from his young daughters Ezzy and Pip), and designed the cover art.
description from www.roughtrade.com