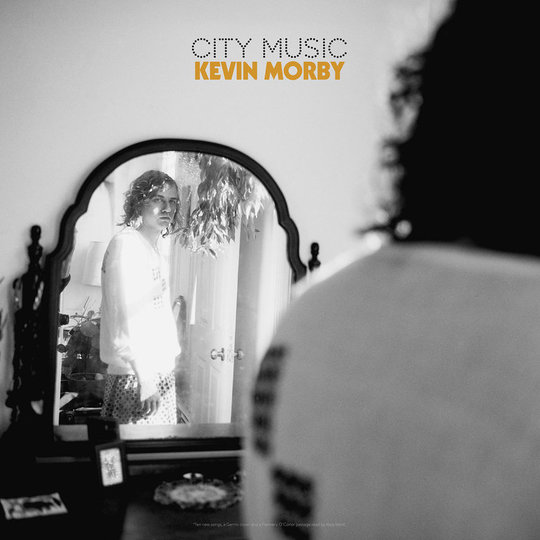 Kevin Morby has written about his love for cities before. His solo debut, Harlem River, was about New York. For City Music, his fourth solo album in as many years, he’s revisiting familiar subject matter, but as a very different artist.

When Morby first embarked on his solo career — after four albums with Woods and another two with the Babies — the psych influence from his previous bands could be felt his textural use of electronic organs. The nineteenth century pump organ that stars on City Music’s opening track 'Come to Me Now' is not for texture; it is moody and entreating and threatens to upstage Morby’s cool delivery.

While 'Come to Me Now' is musically an outlier on the album, it is representative of how Morby has continued to rethink his old tricks. It’s clear that after a year on the road with the same musicians he’s back into thinking in band mode and how songs will best be served by a four piece line-up. This result is more fully-realised songs; it’s easy to image how a song like 'Dry Your Eyes' would have once been a solo guitar track rather than as the jazz-inflected slow burn that it is.

Moments like those are what keep Morby from becoming an indie-as-a-genre artist. He balances the indulgence of ambling guitar tracks with the economy of a decidedly unpunk Ramones tribute song or a brief reading from Flannery O’Connor’s 'The Violent Bear It Away'.

Last year’s Singing Saw was the point at which Morby really came into his own as a solo artist and found a solid band to work with. It may be the quick succession at which he produces his work, combined with the support of his arrangement, that has nurtured his sentimental streak. It’s not just love for a city or love for a person that lives in every track of City Music, but the attempt to reassure himself and those waiting at home (wherever home may be) that his travels haven’t changed him. Everything and everyone is still dear to him. If he wants to continue finding new ways to explore these same ideas over and over again, it will be worth listening every time.