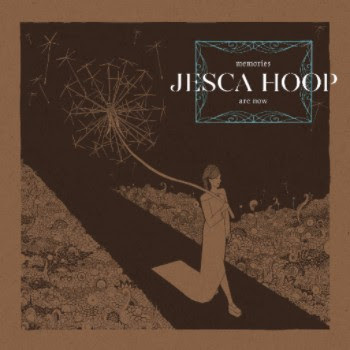 Past, present, and future rest patiently before Hoop, and she’s weaved them all into her most endearing album yet»

Jesca Hoop’s new album Memories Are Now wastes no time in making clear its confidence, confrontation, and craftsmanship. The stark and reverberant title track opens the set with “a fighting spirit,” says Hoop, serving as an anthem to push through any obstacle and put forth your very best work. And she has unequivocally done that here, with an album of stunningly original songs - minimalist yet brimming with energy, emerging from a wealth of life experience, great emotional depth, and years of honing the craft of singing. As riveting as it is reflective, the album, produced by the gifted Blake Mills (Fiona Apple, Alabama Shakes), is a fresh debut of sorts for Hoop, as the first of her solo records made outside of Tony Berg’s Zeitgeist Studios where she and Mills were mentored and came into their own. However fast the work, Memories Are Now covers a great deal of ground, showcasing every edge and curve of Hoop’s captivating voice, with sounds and themes ranging from the mythic to the deeply intimate. Songs of Old and The Coming, songs she sees as “twins” on the album, confront the religion that weighs heavily on her past and the world.
description from www.roughtrade.com