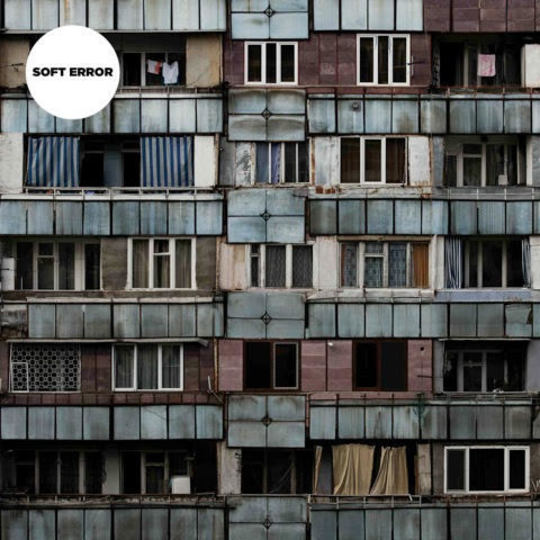 Soft Error are not into disclosure – the duo go merely by the names Tim and Rupert, and only vaguely does any press release reference their background in dance culture or soundtracking. The art for debut album Mechanism is no more helpful in this regard, whilst the entirely instrumental nature of their music ensures that the curtain never raises. Admittedly, it is refreshing these days to listen to a new artist without the distraction of knowing anything about them, even if it does unfortunately reduce their opportunity to stand out.

They program their tracks with the same logic that you would use to construct a narrative, which whilst being somehow innately satisfying also means that there are relatively few surprises to be found throughout Mechanism’s 48 minutes. Considering that Soft Error take their name from computer glitch that causes an unpredictable change to a system’s coding, this adherence to conventional structure is all the more intriguing.

This is no bad thing. The album’s opening track ‘Silberblick’ sets out as a graceful piano ballad, but in short order a Jon Hopkins-worthy wall of synth engulfs the space, which in turn eventually succumbs to a surging swell of processed strings. Likewise, ‘Hyena’ embarks with a menacing pulsing bassline, the very opposite of the high pitch cackle of its eponymous scavengers, but no less intimidating. A cascade of Nineties IDM squelches arrive later to redress the balance, and as such it is hard not to feel that you’ve been told a story.

Mechanism, after all, is never far from sounding like a bespoke film soundtrack, particularly in its most propulsive, energetic moments. ‘Turncoat’, in that circumstance, would score the increasingly foreboding build-up of tension, before following track ‘Motorbath’ crashes the psychological eruption that ensues. The spectre of Cliff Martinez continues to hang over all such music.

‘Southend After Everyone Has Left’ must be 2017’s first great song title. It does quite what it says on the tin: an evocative sketch of a desolate, deserted, once-loved seaside vacuum where life and laughter should be. Think of it, if you like, as a wordless, minimal electro version of ‘Everyday Is Like Sunday’. It is eerily mournful, but also provides the album with its most directly beautiful music.

The only real sign of Soft Error cutting loose and letting their hair down comes with closing track ‘Everybody Runs’. A dramatic climax to our imaginary movie, it is based around a repeating, motorik-inspired head nodding trance, and for a couple of minutes the album resides on an altogether freer, more expansive plane. Tim and Rupert evidently have a 'wigging out' mode, and while it may not be where they choose to live permanently, judging by this they must at least be repeat visitors.

Whether they choose in the future to extend their reach into more abstract or formless areas is up to them, but there are signs here that it could be fruitful for them. Nevertheless, as a debut album, Mechanism displays two musicians with a clear facility for evoking visual landscapes and narrative drama.