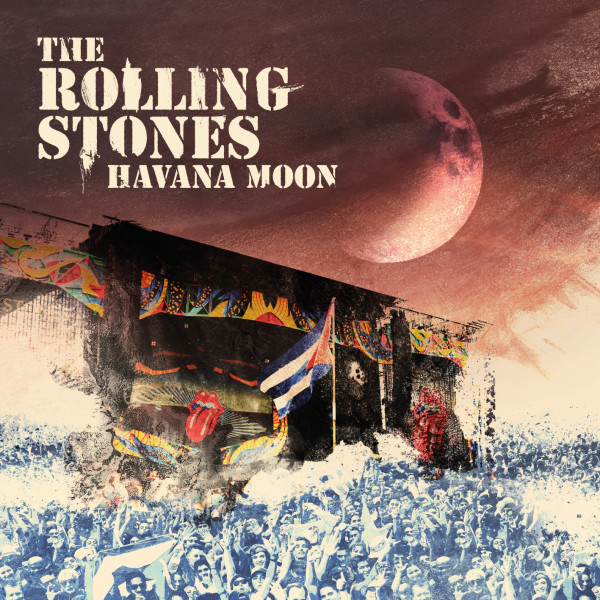 DVD and 3LP set packaged in a LP sized gatefold sleeve. Havana Moon captures the historic, once in a lifetime concert by The Rolling Stones in Havana, Cuba on 25th March 2016. Directed by Paul Dugdale (Adele, Coldplay) this epic, record breaking concert is packed with hits and classic tracks. Filmed at the end of the América Latina Olé Tour, Mick Jagger, Keith Richards, Charlie Watts and Ronnie Wood performed a truly spectacular set to an estimated 1.2 million adoring fans. The highly anticipated free show attracted a huge audience in the same week as President Obama became the first serving US President to visit Cuba in 88 years. TV News reported that Obama was 'the warm up act' for the Rolling Stones and Obama paid tribute to the Stones in his first speech to the world's media in Havana. As the Stones took to the stage under a perfect Havana Moon for a show that will forever go down in history books as a life changing moment for a country on the brink of change, there was nothing that was going to come between the band and their fans including the Vatican in Rome who had objected to rock n roll in Havana on Good Friday.
description from www.roughtrade.com