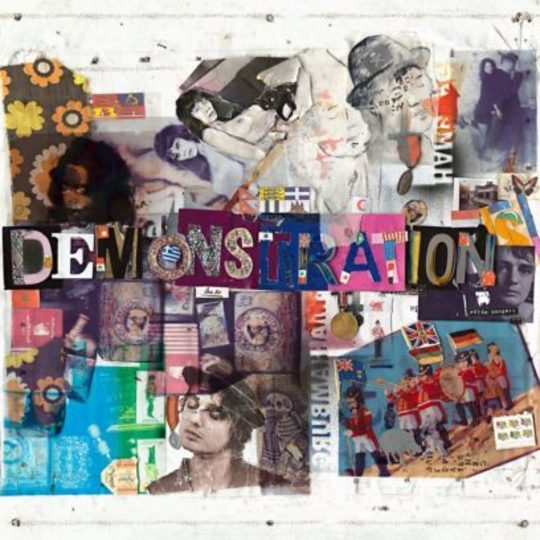 There are few more unappealing thoughts in the 'tennies' (if that’s what we’re calling this decade now) than another Pete 'Peter' Doherty album. I’m sure I’m not wrong in saying that many of us have fond memories of The Libertines' early output, but in the year 2016 scrappy indie rock just seems a bit… backwards.

While the surprise return of The Libertines a few years back was initially met by cheers from the pork-pie-hat loving masses, few can argue that their whole reunion shtick has gone a bit cold as of late. Somewhat surprisingly, Pete Doherty has attempted to capitalise on this (non)buzz with the release of his second solo album proper, Hamburg Demonstrations. What’s even more baffling is that the record is a well-rounded, if not spectacular, set of British tinged indie pop. It’s not going to be topping any end of year lists, but I don’t think that was the intention Pete Doherty had when he penned the tracks for this solid little record.

As always, you get the impression that Mr Doherty thinks of himself as a bit of a poet. Lyrics such as “Come on boys choose your weapon/J45 or AK-47” from the slightly cringy ‘Hell to Pay at the Gates of Heaven’ confirm these suspicions. While at times the somewhat pretentious aspirations of the former Libertine may be distracting, overall, they don’t take anything away from the record. If anything, Pete Doherty’s lyrical missteps have helped to disguise the fact that he is one hell of a songwriter. This fact is something that is rarely discussed by those focused on his, quite publicly chaotic lifestyle.

There are some rather surreal moments on the record. ‘I Don’t Love Anyone (But You’re Not Anyone) V2’ has a strange percussive, almost Vampire Weekend-like quality. What is more surreal though, is that the track features not once, but twice. For reasons only he can understand, Doherty has, for some reason, felt the need to include another version, entitled simply ‘I Don’t Love Anyone (But You’re Not Anyone)’. This version is inferior in almost every single way. Gone are the thumping, driving percussive beats that gave the track a sense of purpose, replaced by some substandard 4/4 drums and a rather chunky chord sequence.

You’d expect the album to be full of puke-inducing love ballads, but, while there are a few sprinkled here and there, on the whole the album is much more rocky affair. ‘A Spy in the House of Love’ and ‘Oily Boker’ could have quite easily fallen off the back of the sessions for the Lib’s last record, Anthems for Doomed Youth. Both tracks are scruffy tales of late nights, romance and more than likely, narcotics. It’s hard to tell if their inclusion is good or bad, but one thing is for sure, they’re definitely included.

It may not be perfect, or even great, but Pete Doherty has somewhat surprised with Hamburg Demonstrations by proving to a world increasingly less interested in his antics that, when given the chance, he can still pen a tune or two. Maybe just try including a few more 'bangers' in the next album Pete, eh. You can do it. We’re rooting for you.