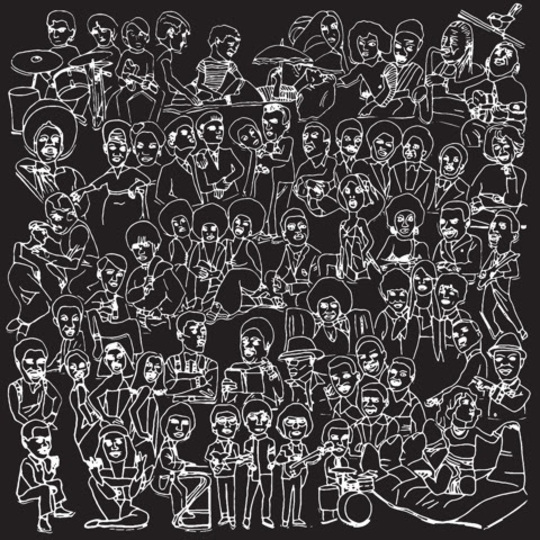 Ironically, despite being done a sickening number of times, creating an album about love is not an easy feat. Better known as Romare, Archie Fairhurst, has attempted to put together a collage of sounds that express all kinds of love. It’s not his first attempt either, as the album title suggests. Love Songs: Part 2 is a bigger, more expansive, follow up to Love Songs: Part 1. In his own words, he says he’s tried to cover everything 'from sexual urges to tender first encounters, from affairs to the questioning of one’s love'. This is far easier when you’re an artist who uses lyrics to express a sentiment. Although it takes a level of skill to convey a genuine feeling of heartache, lust or butterflies in a few lines, doing that via melody or beats alone can be even harder.

On Love Songs: Part 2, Romare shines in his ability to take the listener on a journey that twists and turns, but never quite loses the plot. A perfect example is 'Je t’aime'. Ignoring the overly-clichéd love song title, it’s one of the best tracks on the record. A rhythmic beat and a seductive French voice start the story, lay the foundations for the track. Romare expertly creates new layers, until it all stops around two minutes in. You’d be forgiven for thinking the track was over, but instead, following the pause, that familiar initial beat kicks back in. The timing is masterful, and soon the track is glowing with lighter and brighter sounds, from synth and female vocals to funky bassline beats. Of course, what goes up must come down, and the track winds down, before abruptly ending as it begun, with a ritual-esque rhythmic beat.

Lead single ‘Who Loves You?’ follows a similar pattern, but starts harder, and goes harder. It’s the track that will be in the clubs, putting people in the mood to dance, fall in love with the music, and with the people around them.

Funky, rhythmic beats are a common theme in Love Songs: Part 2. Of course, this is nothing unusual – beats and basslines are often a staple of electronic music. They hold a track together, while simultaneously giving it momentum and movement. Although there’s always a danger in reading too much into why artists do what they do, it’s tempting to see these basslines as the ‘heartbeat’, so to speak, of the album. Everything else that’s built on top is what gives the tracks their life and soul.

Romare samples far less in this piece of work than in his previous stuff. He says he felt restricted, and was removing some of his best work because it was ‘too risky’. Yet it seems like by being forced into selective sampling, he’s been simultaneously forced into only using samples where they really enhance the track. This is especially true with vocal samples. Too often DJ’s and producers use vocals ‘just because’, when often a track would sound better without them. 'All Night' is a great example of the opposite – the sample vocals perfectly enhance the track, and give it an edge it wouldn’t have without them.

The album ends on a slow, mesmerising, seductive note with 'My Last Affair'. The funky basslines that were so common in the rest of the album disappear into strings, synth, keyboards and vocals that you’d expect in a dark, smoky jazz bar. As if on cue, the track moves from seduction, to swing. Even in its closing moments, Romare is taking you places you weren’t expecting to go.

By the time the album comes to an end, it feels as if, either you’ve gone through an entire relationship, with all its ups and downs, in the space of ten songs. Or, you’ve had a wild honeymoon period, and now it’s time to settle back to the normality of a relationship. Love in the real world, not in the fantasy world we often create for ourselves in our heads.

The danger of a concept album, is it can end up sounding like a mismatched collection of tunes that have been lumped together because they fall under the same umbrella. Romare has avoided this trap by creating a body of work that expertly weaves through all the subtleties of falling in and out of love, and everything in between.