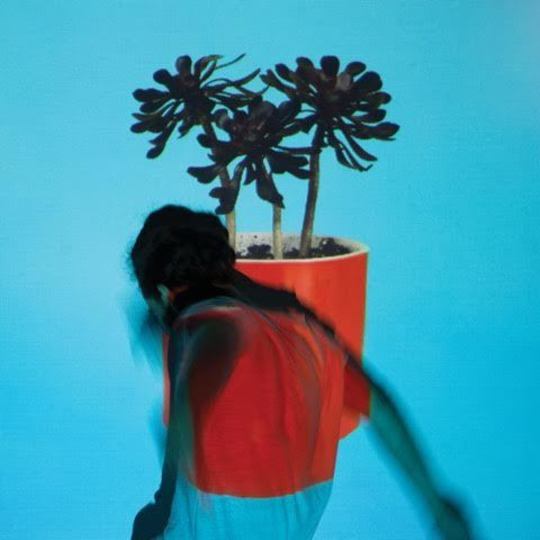 “I want to start again.”

As statements of intent go though, that’s something of a gauntlet to throw down.

But three-and-a-half years on from Hummingbird, it’s the right move for Local Natives to make.

Where that album was - in both the making and the listening - heavy, emotionally shattering and, eventually, beautifully cathartic, from the title down Sunlit Youth is about what happens when you throw the curtains wide again. Bright colours. Fresh air. A world laid out in front of you. A renewed sense of perspective from the band that sang it’s “the bad feeling bad makes the good so good”
.

The result is a vibrant patchwork of a record, full of ideas written in places as far-flung as Malaysia, Nicaragua and Hawaii, and sounds ranging from lovelorn blues to trip-hop beats.

So what’s new? Opener ‘Villainy’ is the band’s first to swerve guitars entirely, and its synths immerse, bubble, shine, and burst with aplomb. “It takes a moment for your eyes to adjust” as they put it, but once the harmonies kick in, it feels such a natural move for the band that you barely blink. The track’s success opens the door to a record that confidently makes use of unexpected textures and depths throughout.

‘Dark Days’ is a satisfyingly bittersweet meeting of old and new pop touchstones, armed with a quirky marimba-inflected riff that wouldn’t sound out-of-place on Radio 1 and a guitar lick that’s pure Fleetwood Mac, a sensation only heightened once The Cardigans' Nina Persson is added to the vocal mix.

By the record’s mid-point, the band have taken a more experimental direction, with a particular highlight being ‘Masters’, probably the most sonically complex song they’ve put to tape.

A meld of acoustic and digital guitars and drums creates a syncopated, almost mesmerising effect, bringing the lyric “the jungle of your mind” to life and purposefully driving the song forward at the same time. This mix then drops out completely into woozy atmospherics, giving Kelcey Ayer space to cut through the noise and deliver the chorus: “Stay, I’ll make sure you’re safe […] we’re our masters now.”

The mix of distortion and dreamscape works together beautifully, fusing together on the extended breakdown to supreme effect. Trying to hold it all in mind though proves difficult, and part of the song’s appeal is that each layer and new depths reveal themselves in HD with repeat listens.

On the rest of the album, though, the songs change tact, with ambitions set slightly lower in terms of experimentation and instead focused on straight songwriting.

The result is a batch of songs at the confluence between their debut Gorilla Manor’s joyous uplift and the world-wise depth of Hummingbird.

That’s the thing with starting over: you’re doing it best when you remember the lessons already learnt.

It’s fitting then, that first single ‘Past Lives’ should feel like such a perfect distillation of both albums: a sombre opening unfolding into something soaring and triumphant.

Its composition seizes on their knack for gathering momentum, centred around a chorus that adds a new set of four lines with each repetition, crashing over you in waves and oscillating between your heart and your gut with each plaintive "I will wait for you / At the end love" and gravelly "Annie rattle through / To the beginning". Frankly, it’s brilliant.

Partially because of the heights it reaches so early in the album though, when other tracks aim for the anthemic they lack the same impact. ‘Fountain of Youth’ is the pick of the bunch with its core message “And if we don’t care, then who cares?” feeling particular vital in 2016, but some of its other politically charged lyrics jar uncomfortably.

Later on, the brakes are slightly put on by a comparative lack of songwriting sophistication. The run of ‘Mother Emanuel’, ‘Ellie Alice’ and ‘Psycho Lovers’ sound deliberately ‘arena-ready’ (shudders), and as a result conjure some of the accompanying negative connotations that phrase carries with it. Even then though, the skill and charm Local Natives have at their disposal means that in flirting with this tricky balance, the band get it right more often than not.

This is a bridge to bigger and hopefully even better things. Which feels like the exact point . For all the globe-trotting that went into the album, this is a band that - perhaps more than any other at the moment - innately sound like and capture their Californian home in all its beautiful complexity. The Pacific Ocean and Silicon Valley. The Redwood trees and celebrities. A place for the ambitious and wide-eyed who, deep down, know all about the fault-lines and forest-fires that could bring the whole thing crumbling down again. And keep dreaming anyway.