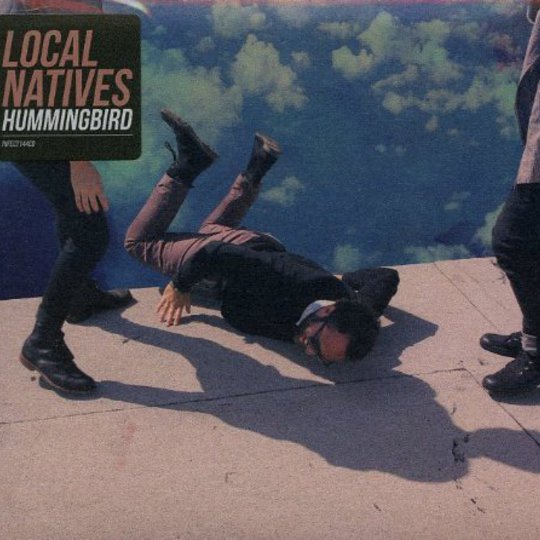 What doesn’t kill you makes you stronger, goes the old adage. In the case of Local Natives, it’s a mantra you hope might have legs. For the interim period between the rustic West Coast glimmer of debut Gorilla Manor and follow-up Hummingbird has been plagued with intra - and extra- band loss, from the 'heartbreaking' departure of bassist Andy Hamm, to the passing away of vocalist Kelcey Ayer’s mother. The pressure on this release as a litmus test for the current life of the band adds to, and transcends your usual second album quip.

So a different place metaphorically, and one mirrored in geographical terms. Album two finds the band upping their Silver Lake sticks, and relocating east, to the garage of indie producer du jour Aaron Dessner (of The National). Dessner’s presence is indeed felt at different points in the record, and with him at the helm, the textured touch of subtle mastery that makes the National’s world so engrossing lends Hummingbird a stately weight. Joining the newly depleted four piece, Dessner at times even feels like a pseudo fifth member, where moments clearly influenced by other work rise to the surface. The acoustic lilt that opens ‘Mt. Washington’ rings bells from the fragile feel of Sharon Van Etten’s Dessner-produced Tramp, and the cathartic brass swells and skittering drum part that opens the album feel indebted to the matured vintage of his day job.

These contemporary comparisons felt obligatory in the aftermath of their debut, for fear that the band, happy to wear their influence on their sleeves, would remain merely a well-woven patchwork. A pound for every Fleet Foxes reference might have saved them the year of constant touring that followed Gorilla Manor's release. But whilst Hummingbird is hardly a curveball of innovation, it carries a gracefulness more than strong enough to silence any naysayers, and mark out the band as a force to be reckoned with, even without the security of similarity.

Maybe it’s the departure of Hamm, and the consequent increase in the band’s beard:non beard ratio (props must also go to guitarist/vocalist Taylor Rice’s impressive moustache), but Hummingbird feels wiser, grander, and more knowing. The band’s strength lies in stretching the elasticity of intimacy, taking the emotion of folk proximity and bolstering it to a state of panorama. It’s an elegiac, elegant reflection, saturated with melancholy, and simmering with melodies. If Gorilla Manor was immediately satisfying with its youthful scuffle, the denser, layered instrumentation and songwriter here provides a more substantial reward rooted in repeated listens, rather than a quick fling.

This is never truer than in the fragile beauty of album highlight, ‘Columbia’, a song penned as a direct address to the passing of Ayer’s mother, and even namechecks her in its closing moments. Ayer’s vocal takes centre stage in the high register that he occupies for much of the album, over the song’s evolving crescendo, with a devastating plea of self-evaluative loss – “Every night I ask myself – am I loving enough?”. The band describe the album’s title as symbolising “the dichotomy of being very fragile yet being strong and soaring”, and at no point is their new appreciation of dynamic, space, and subtlety more apparent.

Cliché #2 – “If it ain’t broke, don’t fix it”. Hummingbird may not be a reinvention of the wheel, but it is far from a dilution of its influences. It feels more like the serious, mature older brother of Local Natives’ debut, a settling down in a smarter neighbourhood than the free spirit channeled in their Gorilla Manor, and a considered step towards marking out their own turf on a property ladder with respected lineage and brimming prospects.