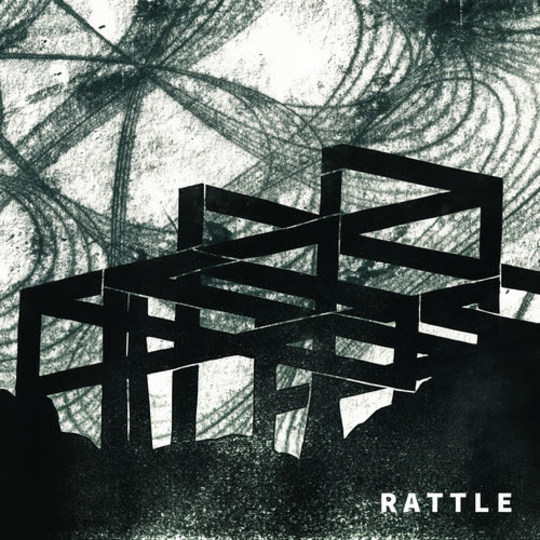 In rock, the only guy who loves drum solos is the one on the throne. Many a disparaging comment has been made about the rest of the band shoving off for a smoke while the drummer hacks away; audience members, too, often roll their eyes and stagger over to the bar. What turns people off from such a workout? My educated guess is that most people prefer melodies over discord, and they can’t hear that la-la-la in the drummer’s rat-a-rat-a-rat-a-slam-slam-SLAM. And, to be fair, the result usually is nothing less than a racket, which serves no other purpose than to stoke that drummer’s ego.

Rattle, however, aren't about racket or ego. When Katharine Elra Brown and Theresa Wrigley sit on their separate thrones, they turn their beats into building blocks. With just two kits and their beguiling voices, the duo have created a jigsaw of a debut – and not one of those frustrating puzzles with 1000 tiny pieces, but a fast-paced game full of constant discovery and reward.

Now, you might wonder if an album created only by two drum kits and two voices might sound monochromatic after a while. But Brown and Wrigley shift textures and terraces to evoke different moods. Opener 'Trainer (Get You)' taunts the listener like a fencer on tiptoes with its swishing cymbals and pointed chorus; 'Stringer Bell' bumps and bobs on toms like a hovercraft; rim taps and gong-like cymbals give 'Boom' high noon suspense. So no, not monochromatic at all, actually. New colours bloom at every turn.

Given the peculiar set-up, you’d be hard-pressed to name any band that resembles Rattle. The surgeon precision in rhythm and fondness for loops does suggest This Heat – but where those blokes veered often into realms of pure abstraction, our protagonists straddle the line between concept and concrete. Sometimes that’s literal concrete, as in 'True Picture' – the gently cruising snares and doo-da-doo-das suggest a regular stroll through the buildings and structures named in the song. Most times, however, that’s a figurative concrete, direct addresses to the real world – 'Sorcerer' asks us to check our environs, and 'Trainer' commands us to “get you out of your homes / even if you want to stay there”. In all cases, some symbiosis of purpose and concept is at work here, imperceptible fibre optics that connect listeners to Rattle and the universe beyond them.

Did I say universe? Yes, I meant universe. Rattle’s greatest accomplishment isn’t to just write music for drums, but to write songs that capture AND transcend this modern era we live in. You’re probably tired of reading articles that admonish you for staring at your mobile phone and 'not living in the moment' in public places, as they often say. In songs like 'Dulling', though, Rattle blame no one or no thing; they only point toward solutions, toward physical sensation and communion. And indeed, the rolling toms here evoke a tribal gathering, where people circle round the drummers and stamp in time to the beat. Again, the symbiosis! Ah!

If I could make but one gripe about Rattle, it’d be this – that, given their one-of-a-kind set-up, radiant intellects, and mastery of rhythm, the duo possess a singular talent that needs no fanfare or flourish. Which means that I, as a writer, find myself tumbling for more words to emphasise my praise, and stumble on what I’ve already said. Robbing a critic of words is quite the feat, guys.

Oh. And there are no drum solos. If you’re into that sort of thing, I’d suggest you go off and make yr ego-fuelled racket somewhere else.