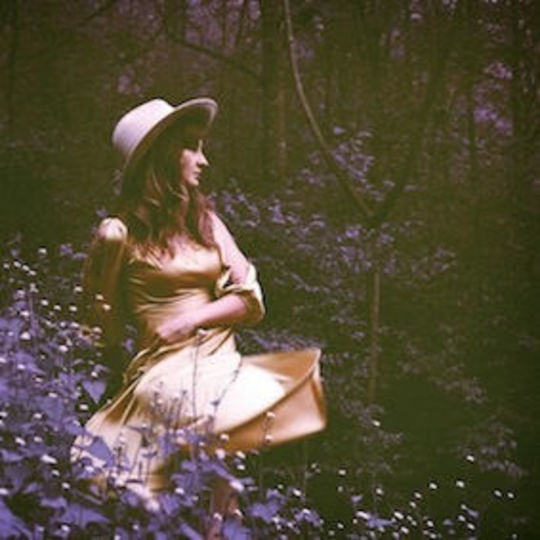 “When I rolled out of town on the unpaved road, I was 57 dollars from being broke.” As opening lines on debut albums go, that’s a pretty evocative way for a country starlet to introduce herself. “Kissed my mamma and my sisters, and I said goodbye/With my suitcase packed I wiped the tears from my eyes.” Pass the whiskey, lower the lights, this could be a weepy one.

That unpaved road proved to be particularly rocky for Margo Price. It led from the family farm in Buffalo Prairie, Illinois, which her father was forced to close due to financial troubles, all the way to Nashville and a decade of struggling to make it. Dropping out of college in 2003, there were wild nights and dead end jobs before she settled down and married band mate Jeremy Ivey, but the death of one of her twin sons when he was only two weeks old sent her into a spiral of booze, depression and jail.

“They took me down to cell block three, after stripping me of my clothes/They put me in a monkey suit and threw me in the throes,” she recalls on ‘The Weekender’, before telling of her crack-addled cell mate and the fights in the halls of Davidson County Jail. It’s vintage, blue collar, country storytelling - raw, unruly, tragic tales, delivered with a crooked wink and a chancer’s charm. As Price puts it - “I’m an outcast and I’m estranged/And I plan to stay that way,”

She’s also a fighter. She sobered up, brushed herself down, pawned her wedding ring and sold the car, and booked three days at the legendary Sun Studio in Memphis. Even then there was a set-back when her label rejected Midwest Farmer’s Daughter, but she a found a natural home on Jack White’s Third Man Records and is now appearing on Saturday Night Live and starring at SXSW.

That association with White and her rise through hip bars in Brooklyn and Austin, has caused some of the country establishment to get sniffy about her credentials. The old guard are still a bit touchy about the rise of Kacey Musgraves onto festival bills and into the pop charts, and Price too has that potential to crossover to rock audiences. She strikes as authentic though, and is steeped in the traditional, Sixties/Seventies-era warts-and-all style songwriting of Loretta Lynn and Hank Williams.

It’s only really the barroom blues swagger of ‘Tennessee Song’ and the Bobbie Gentry, Memphis Soul groove of ‘Four Years of Chances’ that veer slightly from the old timey, twangy, honky tonk heartbreak and the swooning moans of lap steels. It’s a sound that ‘real’ Nashville locked up as a museum piece years ago and instead turned to glossy, stadium-filling, radio-fodder. If it’s left to White and the retro-ists to re-visit that era, then so be it, but Price deserves the recognition of the good ole boys as well.

What also chimes with the country greats is that ability to wrap the sharpest of barbs in the sweetest of deliveries. “You wouldn’t know class if it bit you in the ass” stands out as a favourite swipe on the man-eating take down ‘About to Find Out’, whilst the music company execs who double crossed Price are viewed as mere life lessons that have only strengthened her resolve on ‘This Town Gets Around’.

It’s clear that the 33-year-old has lived and lost, and drunk and cried, but has emerged from it all as a special talent. “I wanna buy back the farm/bring my mamma back some wine/turn back the clock on the cruel hands of time,” was her mission statement from the start of the journey. That might be possible very soon.