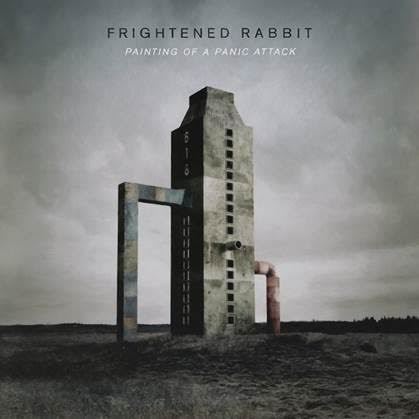 This still feels exactly like the record they had to make»

Selkirk's finest Frightened Rabbit release heir eagerly awaited fifth studio album, 'Painting Of A Panic Attack' via Atlantic Records. Their second major label release sees a slight reshuffle in band members and the addition of The National's Aaron Dessner on production duties. Electronic elements and frontman Scott Hutchison's dark and emotionally honest lyrics are expertly woven into the band's soaring sonic palate, resulting in a body of work that will challenge, excite and surprise longtime fans and new listeners alike. Following the departure of member Gordon Skene in March 2014, the remaining four members of the band - Hutchison, his brother Grant (drums), Billy Kennedy (bass) and Andy Monaghan (guitar and keyboards) - retreated to a studio in Wales to lay the foundations of the new record. They recruited touring band member Simon Liddell (guitar / keys) as a permanent addition. P'ainting Of A Panic Attack' is much indebted lyrically to Los Angeles, following Scott's move from Scotland to the States in 2014 to be with his girlfriend. He quickly realised that the city just wasn't for him. Taking inspiration from what he saw, Painting is often a love / hate letter to LA. Hutchison sings of the loneliness the change instilled in him, of the disparity between the rich and the throngs of homeless in the city, and of his daily struggle with his new life and homesickness for Scotland. During the making of the record Hutchison began to draw similarities between the record and the concept of monuments and memorials, which is reflected in the artwork - a peaceful place, a place of beauty where people go to remember and reflect on chaotic, turbulent and troubling times. The lyrics are the subject of this reflection, brutality next to beauty. Hutchison's feeling of detachment also represents a major theme throughout the record. Tracks such as 'Get Out', the lead single which chronicles an addictive and obsessive love, and 'Still Want To Be Here', telling of his constant struggle with LA, perfectly encapsulate the mind-set of the Frightened Rabbit front-man since the band's last release. The opening track from the record, 'Death Dream', an uplifting yet emotionally wrought track featuring frontman Scott Hutchison's visceral lyrics, striking a bold sonic shift for the band.
description from www.roughtrade.com