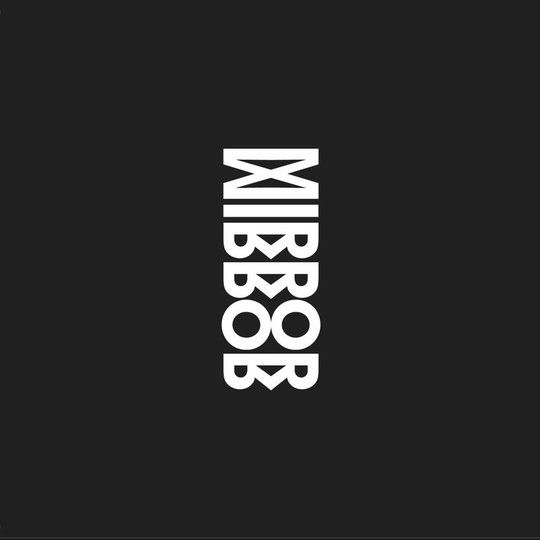 There’s something odd about the way in which music like the throbbing primordial noisy rock Gnod employ on Mirror gets labelled variably as ‘punishing’ or ‘brutal’. At the worst of times it’s a glorious and triumphant sound; a shot of dense energy I find it hard to describe as anything less than utterly magnificent. In such an environment as modern Britain, anything other than shouting gets you bloody nowhere, which is probably what’s driven Gnod to the brute-headed tunnel vision of Mirror. In making the album, a trimmed down Gnod quartet did away with the spiralling rhythms of 2015’s long-simmering Infinity Machines triple album, and focused on blunter sonic instruments: volume, ferociousness, anger… fuck it, sheer hatred. Not counting a remix, the album’s a densely distilled three tracks in 35 minutes, and it’s both Gnod’s most unpredictable and clearest statement to date.

The group allotted a mere three days apiece for recording and mixing the record, and the material they got together was mostly written while on tour. To boot they were touring in the wake of the UK’s 2015 general election, which many of us have done our best to erase from our memories. Besides addressing the sheer anger felt in the wake of the Tories winning over the cold stony hearts and tiny minds of the electorate, the themes of Mirror also purportedly deal with 'mental health issues and how things like social media are like a vehicle for our split personalities and egos'. In Gnod’s hands though, the two subjects become irrevocably intertwined; all indicative of the same sickness throughout the country.

Sonically, it’s all heavy as hell, and intrinsically British. It’s the squalling fuzz of Public Image Ltd or The Fall, cranked up to twenty-first-century levels of post-noise heaviosity. It’s also littered with the accented vocalisations of a Consumer Electronics or a Sleaford Mods, but with all irony jettisoned in favour of sheer unadulterated anger atop whiteknuckled noise. Best of all is perhaps Gnod’s ability to take on sheer aggression without resorting to any sort of swaggering machismo, or alternatively that quite dated brand of tortured emo kid angst. The vocalist isn’t even clearly credited (I think it’s safe to assume it’s Paddy Shine), but they’re central to this album, wielding a marching procession of searing distorted singspeak lines, embodying the very spirit of the fed up masses. In short, this is metal for socialists.

Or maybe we’re not even ‘the masses’ any more. Events like 2015’s General Election - not to mention the roars of pompous laughter that drown out level-headed and well-intentioned history teacher lookalike/saviour of the left wing, Jeremy Corbyn in parliament every week - make it feel more and more like we’re mired in a truly helpless losing battle. The haste with which Gnod have switched from Infinity Machines’ more ponderous sprawl to the concise hit of Mirror could arguably resemble the bared teeth of a rat backed into a corner. To my ears however, it’s more like a call to arms. The opening chug of ‘Learn to Forgive’ is the outright sound of blood boiling - a pair of rusty guitars criss cross over stoned bass and drums, toying with dissonant screeches, every strum getting snappier with discontent.

Side one comprises two tracks circa eight-minutes in length, kicking off with the ear-opening title track, ‘The Mirror’. From the get-go there’s a similarity to those veracious early-Eighties Swans albums, particularly in the spaces between the chugging bass and guitar strings filled with no nonsense drum skin smashes. The key differences though, are in the more lightly applied bass lines - which is seemingly still married to viscous gloopy oil on the ground while the other elements stab at each other sharply - and those angered vocals. While Michael Gira’s delivery was always embroiled in a rugged and very American ‘dude-ness’, the vocals throughout Mirror sound more like the (British) man on the street - the unbridled id of the dying left. ‘The Mirror’ and ‘Learn to Forgive’ are reflections of each other, with the former utilising more open space in a slightly faster groove that spirals upwards in its final moments. The latter moves more slowly, never locking into a groove proper, descending in its final moments as the guitars sprawl through a maze of effects into unwieldy tendrils of noise. The flipside contains only the 18-minute ‘Sodom & Gomorrah’, a three-part suite perhaps foretelling the fate of society. It opens to small choir of throat singers, akin to Acid Mothers Temple’s La Novia and similar works, before breaking into a slow metal march that continues in a dark Eastern mode. It repeats and repeats, before disintegrating during the halfway point for more vocal incantations and tinkling bells, and then returns to even sparser, slower, and heavier repetitions. Eventually the piece is consumed by hellfire and disappears into the abyss.

Gnod are steadily becoming the most interesting and important band in the UK. Nobody else seems to quite so accurately embody the underbelly of our desires, obsessions, and most of all our innermost fears. It’s telling that The Somnambulist’s Tale from the relatively halcyon days of 2008 was a simmering and beautiful album of dark, stoned bliss, and that 2015’s Infinity Machines documented deep feelings of imminent dread prevalent at the time. The list of reasons to be angry have grown exponentially in the brief intervening period, so it only makes sense that Mirror is the way it is. Staring into the abyss is rarely this stupefying and spectacular.