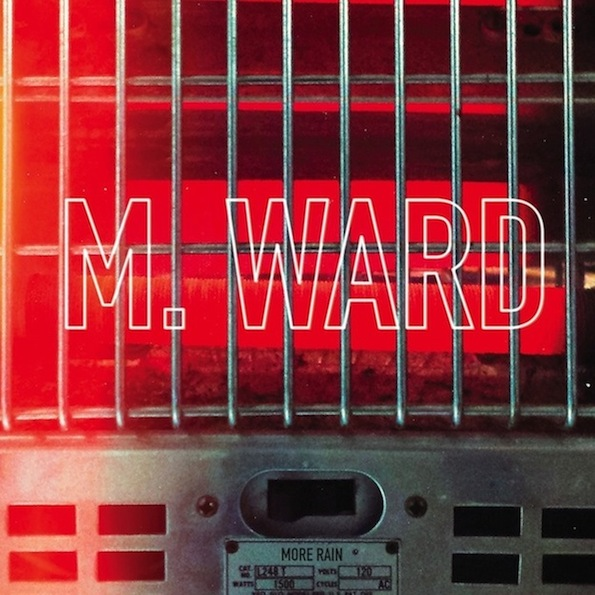 M Ward returns with a stunning new album, 'More Rain', for release on Bella Union. This album, Ward's eighth solo affair, finds the artist picking up the tempo and volume a bit from his previous release, 2012's 'A Wasteland Companion'. Where that record introspectively looked in from the outside, 'More Rain' finds Ward on the inside, gazing out. Begun four years ago and imagined initially as a DIY doo-wop album that would feature Ward experimenting with layering his own voice, it soon branched out in different directions, a move that he credits largely to his collaborators here who include R.E.M.'s Peter Buck, Neko Case, k.d. lang, The Secret Sisters, and Joey Spampinato of NRBQ. The result is a collection of upbeat, sonically ambitious yet canonically familiar songs that both propel Ward's reach and satisfy longtime fans. 'More Rain' begins with an actual rainstorm, then throughout the album, guitars chime, chug, and riff with Ward's unmistakable earthy tone, while layers of atmospheric reverb and skittering drums climb and clip in equal measures. As the cloud of noise rolls in, the layers part ever so slightly to make way for Ward's voice, which can play wispy and whimsical in one moment ('Pirate Dial') or crackling and smoky in the next ('Time Won't Wait') just as well as it can climb to clear-sky clarity ('Confession') then drop down to smooth, soulful crooning ('I'm Listening'), each one after the other. 'Girl From Conejo Valley' is a nostalgic trot through people he used to know and a place he used to be, and 'Slow Driving Man' is sweeping and lush in its orchestral climb towards confident heights. As the album ends with the self-assured swing of 'I'm Going Higher,' voices join together in a chorus of rising "ah"s and, for just a second, it seems the storm outside has slowed, making room for a ray of hopeful sunlight. As Ward knows, the rainy season is sure to return, but for now, 'More Rain' is here to help us with our perspective.
description from www.roughtrade.com