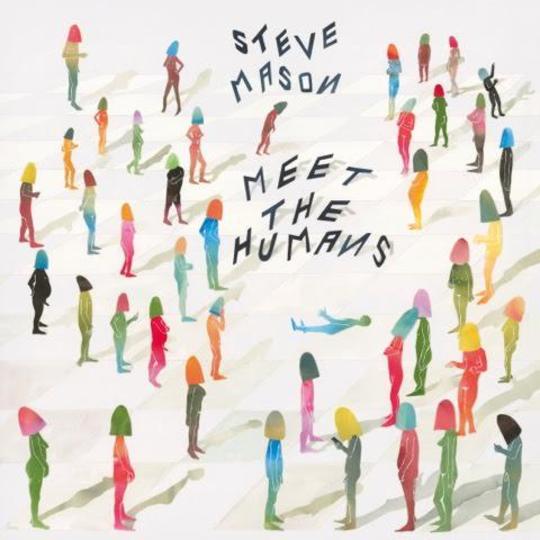 In 2008 it looked like Steve Mason had run out of luck. The Beta Band was over and sadly a distant memory, he was slightly out of step with what was going on musically. His Black Affair project wasn’t as warmly received as it should have been. It looked like he was fading into a cult Syd Barrett figure. Then in 2010 later he released Boys Outside, the first album under his own name, that was full of haunting low-tempo electro-pop gems. Interest was rekindled. Three years later he released the sprawling psyched out concept album Monkey Minds in the Devil’s Time that showed he not only had something to say, but something to prove. Now he’s returned with a new album. Meet the Humans is Mason’s third solo album in three years. It appears that he has re-found his love of song writing and is starting to hit the form and consistency his always hinted at. 'It's all personal, every single thing that I write is completely personal – all of it. There's not one, really one thing that isn't about me; it's all little entries to a diary. It's all about me' Mason said recently.

After the gloriously poppy but profound ‘Water Board’, ‘Alive’ comes bounding on like a dog with a bone. Laden with trademark bouncy bass, stark acoustic guitar and dub Melodica motifs, it’s one of the stand out moments on an album full of stand-out moments. In a recent interview with DiS Mason said '"Alive", the song, is about sleep walking through your life and never really pulling back and joining all the dots up to see that there's a much bigger picture.' This seems to sum up not only Meet the Humans perfectly, but Mason’s writing in general. ‘Ran Away’ is the archetypal break up song. Luscious strings swirl sound an acoustic guitar while Mason’s husky melancholy vocals, sing about love, loss and redemption. Lead single ‘Planet Size’ could be the most ‘Steve Mason’ song Mason has ever written. A fast paced guitar, driving bass, massive keyboard and glorious harmonies all combine to create a slightly claustrophobic vibe before a catchy soaring chorus, that makes you feel glad to be alive and that Mason has reimmerged from the wilderness with what appears to be bags of brilliant songs!

Meet the Humans is the most concise and immediate record Mason has released in over a decade. Gone are the low-tempo meditations of Boys Outside and the psych-influenced concept album Monkey Minds in the Devil’s Time, instead Mason has gone back to basics and has written a catchy, poignant collection of songs that are reminiscent of his Beta Band and King Biscuit Time guises, whilst never sounding like a nostalgia act his despise so much. At times it sounds like the forth Beta Band album, but in a weird way it's better than that. The jokes are more subtle and don’t get in the way of the songs, which has been a complaint in the past. As Mason said recently of his creative process 'I try and give each album it’s own identity and obviously Monkey Minds was a big sprawling concept album, so it seems kind of obvious to me that this one should be more focused and a collection of songs rather than something with an overall concept.' So I guess we’ll be getting a gargantuan beast in 2019 then... great stuff!

How Can We Fix This?