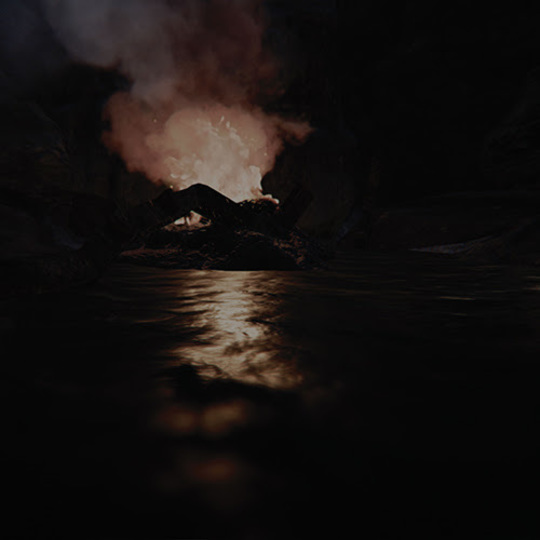 When I say 'virtual reality', you may think of an impossible parallel plane, as presented in The Matrix. That is, a deception so life-like and thorough that no casual occupant could perceive the difference between the illusion and the reality. It’s frightening, because our sense of self is at stake – what if the person we 'really' are gets sucked in, and transformed into something else? Fortunately, we tell ourselves, such a complete otherworld doesn’t yet exist. Gamers still navigate alternate universes with a controller or keyboard that serves as a proxy for complex motor movement. Computers and cell phones offer communities and companionship, but only with audio and visuals, and primarily text. We’re sane, we tell ourselves. This is not real.

But Brood Ma sees these digital realms, and he sees virtual reality. He sees you killing time at the bus stop with your smartphone, and he draws back in horror. He sees you checking out a movie on Netflix in your bedroom, and he crosses himself. 'Alas!' he cries out, hand over forehead. 'Another fool lost to the Daze!'

This album is not for your entertainment, Brood would tell you. This is to enlighten you, to slap you with a cold, cold hand and turn your head to the abyss that is the digital world. Staccato bullet showers of drum'n’bass seethe through, but always the violence is tempered by some underlying dread - sickly winds, undead cries, abandoned fax machines. The glitchy threads that wove through Ma’s Fission entwine here in dizzying but discernable patterns – the shattered blip of a hacked timer jumps out of nowhere throughout. 'Thorium Mox' sounds like a 3D space, with the distant clack-clack of a ping pong game underlining the furious beat after several door creaks. With each song, a dozen more clawed hands drag you in 12 more directions.

Daze is best taken in one gulp, like nasty medicine. The tracks are laid end on end as chapters in a nightmare: 'Westerly Spawned Lamb' begins as 'Nrg Jynx' concludes, with pouring rain and a low moan, thus orienting the two tracks as entry and exit points to the natural world. But the logic that binds, say, the light-speed table tennis match of “Molten Brownian Motion” to the sultry android porn of 'Sex Compressor' won’t make sense in waking hours. That’s intentional. The whole point of the album is to emulate the disorientation that comes with immersion in a virtual reality. The track called “Be Yourself” cackles at this, as it slides further from the natural world where identity is certain into Ma’s distorted wasteland of hyper-real sensation.

All this, to the point – that Daze challenges the listener more than most dime-a-dozen electronic music, and for that reason I can’t endorse it enough. Without words or melodies to lean on, we’re left to the mercy of tracks like the closer 'Nrg Jynx', which sounds as if Ma’s ripping whole stretches of pavement off the streets. Yeah, it’s brutal, and it’ll batter your brain into a bloody wafer if you hang around too long – but how long has it been since you’ve bled this much? Brood Ma isn’t here to give you a backrub, after all.

Is virtual reality as soul-sucking as this? Listen long enough to Daze, and soon you’ll cast sideways glances at the computer before you. Aside from the alien beat collages of Ash Koosha, not much in electronica has disarmed me so roughly, with such visceral force. To count faults would be to admit weakness. If you can’t stand Brood Ma, then get back in the Matrix and wipe your memory clean.