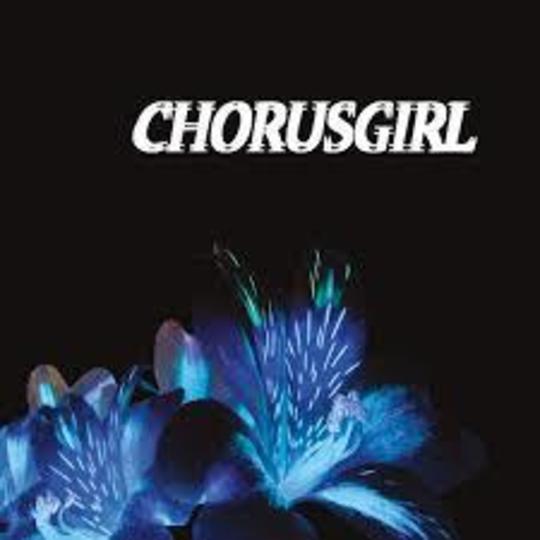 Ever feel like you’ve been separated from the rest of the human race? Or maybe you’re walking down the streets, and no one looks quite like your people. The friends that used to love you live many miles away. The city that holds you hostage devours even your dreams. This is the world that Chorusgirl (and especially singer/songwriter Silvi Wersing) have contrived for their first album, a realm where spindly bass lines and catchy hooks surge through milky gauze backdrops. It’s quite simple, until it’s not.

As a whole, Chorusgirl floats in the sparkling waters between post-punk and pop. The bass throbs and guitar riffs glint like knives, but Wersing’s wry and jaunty alto wrings unabashed joy out of old pop tricks. You can often hear that JAMC obsession with cavernous girl band intros – 'Sweetness and Slight', especially - but without the sluggish drugs fogging the view of the ocean. Ohh, the sea, the cresting waves, crashing down in a navy curl toward the shore – that’s 'No Moon' for you, a song set in a sleepless night as the protagonist struggles to cope with the loss of a friend. Yeah – these aren’t your typical boy-meets-girl pop lyrics.

Consider 'We Care About You', one of Wersing’s most disturbing – and, coincidentally, most Cure-like tracks. Like 'Just Like Heaven', the sublime and razor-cut chorus veils a sinister tale, but one that rings more true to our Facebook-bound selves: the speaker, a collective we of associates, gathers around one individual that appears depressed. ”We’ll be forever by your side / just watching over you with pride”. You probably peer into someone’s life every day – and yet that chorus, divorced from your quotidian routine, sounds terrifying.

You’ll often find yourself awash in familiar velvet shadows – muted drums, reverb-dripped guitars, with staccato signals flashing melodies in the night sky – but enigma lurks within. Chorusgirl’s surfy inclinations peek out like the sun on a bleached cloudy day; but even as “This Town Kills” languishes on the beach, Wersing laments the crippling boredom of small towns: “I walk through these tired streets / and they suffocate you / when you dream”. Likewise, 'Girls of 1926' roars with the fist-clenching anthem “we’re forever 17 / two beating hearts, climatic dreams”, yet spirits seem to linger and sigh round the chorus. The delicious subversion present here and elsewhere adds dimension to otherwise laser-thin pop songs.

Arguably, the best moments are the sweetest ones – for the sweeter the nectar, the more bitter the flower underneath. I refer especially to 'Oh To Be A Defector', one of Chorusgirl’s first singles, and still my fave, about a girl who decides she no longer belongs to her community and will conceal the fact no more. Such bright, skippy drums! Such rosy “ooooohs” as she walks out the garden gate! Ditto for the other single, 'Dream On Baby Blue', which – well, I’m not even sure what’s going on here, but it’d jostle quite well with the rest of Zenyatta Mondatta (except, y’know, that’s no Stewart Copeland on drums – he’s still really tight, though).

There’s no slack on the album – from the starting gate to the finish line, Chorusgirl bristle with static and nerves. And 'Whiteout' caps the whole thing in pitch black, with leery riffs and blown-out fuzz that creep round the crystalline harmonies. The words certainly portend a calamity, something about a relationship spiraling down that can’t be saved: “There’s no resolution, just a temporary truce”. It’s a proper finale, the kind that leaves echoes in your ears and questions in your head.

So, as I said. Chorusgirl are simple, until they’re not. You might recognise the distant spirits, the razor chords, the surfy snarls. But where other bands coast on borrowed sound, Wersing bends it to her own life, creating a space that resonates with insight and empathy. Ever felt separate from the human race? Be comforted, for here is your kind.