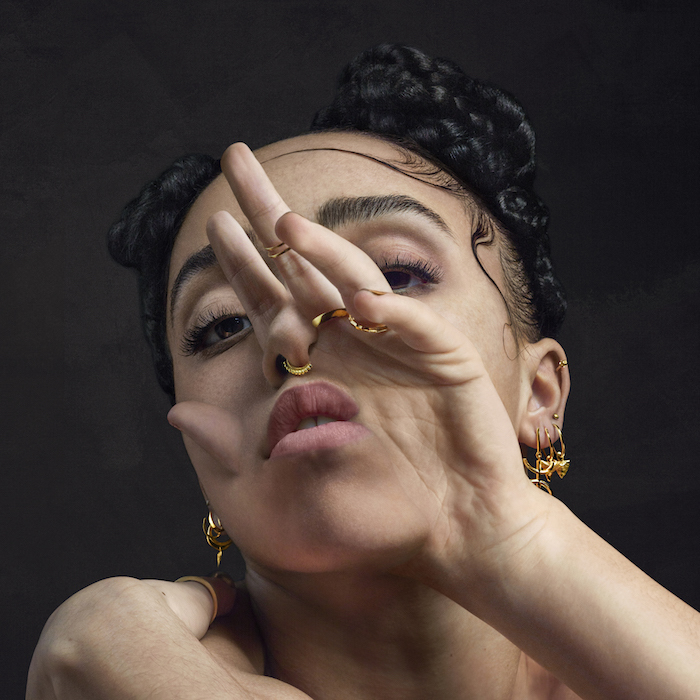 LP1strayed no further than the hotel room; on this EP, she taunts from the catwalk»

Titled 'M3LL155X', the EP features five songs, four of which - 'Figure 8', 'I'm Your Doll', 'In Time', 'Glass and Patron' - are accompanied by a video directed by FKA twigs. The four film pieces come together to form a single continuous FKA Twigs-directed work, cementing who she is as an artist with an aggressive statement conceptualising the process of feeling pregnant with pain, birthing creativity and liberation. 'M3LL155X' is a continuation of the holistic creative process FKA twigs has undertaken on each of her previous EP releases ('EP1' and 'EP2'), with videos forming an integral part of the release. However, 'M3LL155X' is more ambitious than ever and, in terms of concept, scope and execution, is undoubtedly FKA Twigs' most complete work to date. Made with both new collaborator Boots and longer-term collaborators tic and Cy An, the bulk of the EP came from a spontaneous creative period only a couple of months after the release of FKA Twigs debut album 'LP1', when Twigs was in New York between tours. Having met by chance, Twigs and Boots immediately started work, pushing each other to explore new territory and recording the bulk of the EP in just a few days.
description from www.roughtrade.com