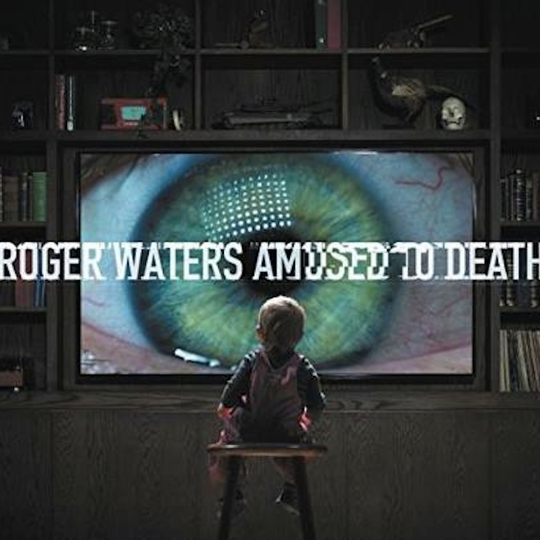 The spectre of Pink Floyd looms large over Roger Waters. Whether he wants it to or not, the ghost of the band he so famously quit in the early 1980s still has an indisputable association with him, and despite a good 30-odd years of trying to shake it off, it’s something that he’s never quite managed to do - ironically due to the last three or four Floyd records being so heavily controlled by him alone.

The present finds Waters somewhat more comfortable in his own skin, however, and this delve into his archives is a very welcome addition to his solo catalogue. There’s not an inch of this album, originally released in 1992, that hasn’t been given a well overdue going over - from the all new artwork (which is just as well, as the original hasn’t aged particularly well), to the absolute barrage of specially re-mixed, hi-def options available on an entirely separate disc, there’s a fair bit to get your teeth into.

One concern I always have when approaching re-releases like this, is that the sheer amount of extras and re-designs are usually compensating for the less than perfect musical contents inside. Like when you see the ‘extended cut!’ sticker on a cinematic turd, as if the extra footage will somehow make it a better film. Thankfully, Amused To Death stands up on its own as one of the better, more intriguing post-Floyd records.

After two solo albums of varying success, Waters didn’t release anything for five years before Amused To Death, and it’s maybe because of this break that instead of spitting missives in the way of his ex-Floyd bandmates Dave Gilmour and Nick Mason, he actually sat down and wrote a solid piece of work. From the genuinely haunting opener, ‘The Ballad of Bill Hubbard’ - which features a heartbreaking interview from a WW1 solider, forced to abandon a wounded, barely-alive Bill Hubbard in no-man’s land, to the bluesy swagger of the ‘What God Wants’ trilogy, the record sets Waters’ stall out from the off - not afraid to pull at heart strings, or pummel them into cartoonish oblivion, he has a way around both.

It’s a massive, dense piece of work, and essentially a concept record based on Neil Postman’s short story ‘Amusing Ourselves to Death’. It deals with Waters-standard themes of the media, power, politics, war and religion, but he manages to finely tune such a broad spectrum of intense subjects into a cohesive, and genuinely enjoyable record. Twenty-three years since its original release, the content of the album is still very much prescient today, and despite some particularly heavy handed lyricism peppered throughout, it’s definitely worth investigating in that context alone.

The old Floyd sound always benefited from the opposing personalities and songwriting styles of Gilmour and Waters, as Roger’s spiky aggressiveness was always tempered by Dave’s more laid-back melodicism, and on a lot of the post-Waters Floyd, (and on either’s solo albums), you can certainly tell something’s missing. Here however, Waters finally manages to strike a strong balance between his sprawling, experimental side, and his own talent for wistful melancholia. The whole record feels like a lost third disc of The Wall at times, as his writing and the production eerily match that ’79 Floyd classic (which was very much a Waters creation anyway) - with sinister pads, lurking string sections, and heavy use of sound effects to convey the overall story arc of the record.

I suppose a solo Roger Waters record from 1992 isn’t going to appeal to everyone, but taken for what it is, there’s a lot to enjoy. ‘The Bravery of Being Out of Range’ is reminiscent of REM’s early Nineties grunge sound exemplified in their Monster album - here, Roger actually sounds kinda brutal - “Old timer, what the hell you gonna kill next?” he spits over surprisingly beefy guitars. Aided by soul vocalists Katie Kissoon, Doreen Chantler, and PP Arnold (amongst others who pop up) throughout the record, they give Roger’s blues some edge and some raw power - not just confined to backing vocals, they constantly threaten to steal the show, before Waters’ familiar growl takes back the reins.

The Nineties-style production doesn’t intrude too much on the songs on offer here, either. In an era which found itself still hungover from the excesses of Eighties gated snares and cheesy digital synth, Waters and co-producer Patrick Leonard thankfully didn’t fall into that trap of sticking layers of shitty reverb over everything and glossing it all over with ten tons of digital effects for the sake of it. The result is that everything here has quite a live feel to it, and the re-mastering process really highlights it all, especially Jeff Beck’s gloriously over-the-top lead guitar, which meanders throughout the album.

Of course, like everything Floyd-related, nothing’s perfect. Waters sometimes lets indulgence get the better of him, and certain moments of the album feel over-long, or too over-thought, and would’ve benefited from a little more work, or simply excising altogether. ‘Watching TV’ (a duet with Don Henley, no less) doesn’t need to be over six minutes long - it’s a fine little idea of a song, but would’ve worked so much better as one of those Wall-style interlude things, and not the simple trad-rock bop it eventually settles into. Elsewhere, the main vocal on ‘Perfect Sense Pt. 1’ feels like subtlety has completely evaded him, as the clunky epithet of “And the Germans killed the Jews, And the Jews killed the Arabs, And Arabs killed the hostages, and that is the news” feels so heavy handed to be almost parody. Even for someone as obsessed with war as Waters, he can’t really get away with that. The finale (and title track), also kinda sounds a bit like the background music of a John Hughes film at times, but just about manages to stay on the right side of tasteful. It’s a close one, mind.

Overall though, Waters is on fiery form, and you get the sense that by 1992, he’d finally settled into his own corner of the world a little more. Love him or loathe him (and there are plenty in both camps), it’s still fair to say that Waters is one of the greatest songwriters of his generation, and it’s nice to know he’s still kicking around, making a nuisance of himself at 71. I’m also sure he wouldn’t want me banging on about Floyd so much in this review, but Amused To Death feels like rather than being ‘Roger Waters of Pink Floyd’, he was starting to become simply Roger Waters.