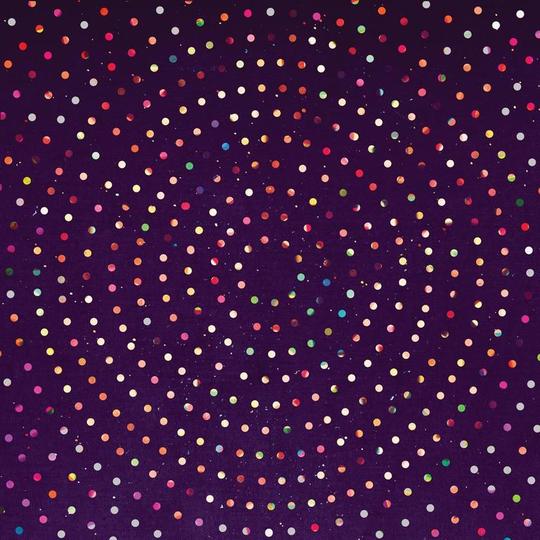 That’s Marshall McLuhan in 1967, a visionary in media studies who presaged the way that 'electric technology' would reshape every facet of mundane life. Locality will be breached by circuitry; instant communication will violate our privacy. We have to change to this new wired environment, McLuhan insisted. 'You can’t go home again.' Again, 1967, ya’ll, from the whacked-out book The Medium is the Massage (yes, “massage”).

Now, our friend McLuhan doesn’t touch on music, but music is a medium - an interface for sharing ideas, moods, jokes, theories, credos, personas. And for a band that says very little, Haiku Salut convey so much. With luminous vibes and electronics that chime, strum, sparkle, dance and glow, the trio evoke worlds within our own, places we don’t usually hear.

Before writing, Mc Luhan reminds us, men and women oriented themselves in society with their ears. But when we hear dainty chimes bloom into bright, galloping pulses ('You Dance A Particular Algorithm'), or when we cruise on a breezy parade of harmonica, snares, and floaty vocals ('Hearts Not Parts'), the listener finds his or herself in a beautiful amoeba. From whence does this come? To where will this go? That was the glorious confusion of the plucky Mouse on Mars, or Aphex Twin at his most manic – whether you’re aware or not, you’re building your own landscape in the soundscape. You find your own niche.

This has always been possible, in concertos and operettas and suites, but in modern music new textures collide and merge to yield uncharted realms. 'Becauselessness' is a whole universe in itself, of chirps and bells and dusty roads, with all the stately grace of New Order via Power, Corruption, and Lies (and none of its outdated dancefloors); in 'The No-Colour of Rain and Dust', Haiku Salut weave little futuristic whirls and clicks like ribbons around a wordless hymn on the piano.

The subtlety is what separates the trio from their louder peers – indeed, from most genres, too. You may not absorb the whole ingenuity behind “Things Were Happening and They Were Strange” until you sit down with it and realize that, why yes, things are happening that don’t often happen in the space of one track. Three acoustic guitar lines (or is it four?) loop and interweave over a quiet storm of drums, while the ghostly wind vocals glide on top – and then a synth and accordion march in tandem. Quirky, but in the loveliest of ways.

That silvery web of moods, methinks, is something music conveys as no other medium can, and Etch and Etch Deeper pokes its nose down every nook. In tinkering with textures - splicing a few beats here, fanning out accordions there, looping this reel underneath ('Divided By Surfaces and Silences') – you can hear the girls turning over stones, prodding the ground with sticks, shuffling through bushes. It’s an endearing curiosity, an album-long search for new ways to express old thoughts, and far from any prescribed formula of tempos and buggery that would entail techno or drum n’ bass or other electronic information media.

'Our new environment compels commitment and participation,' said McLuhan, before Twitter and before comment threads and before annoying YouTube trolls. Perhaps we’ve missed the point – rather than yelling at each other and spelling out our puns with hashtags, we should speak with enigma. With nuance. With joy. Speak like Haiku Salut.