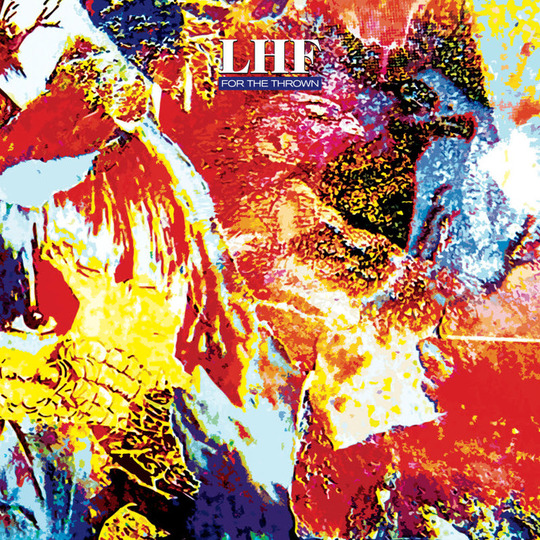 LHF have always really persevered as the nucleus of Keysound Recordings; chopping up arcane sounds to the step of London’s underground. Stretched over four aliases – Amen Ra, Double Helix, Low Density Matter & No Fixed Adobe – they patchwork the collective antiquities of our electronic history and warp them in the fiction of Dusk and Blackdown’s alumni.

Keepers of the Light, from 2012, was a cherished sanctity in a year that was just over the horizon from Korn’s The Path of Totality (remember that? When Korn said 'We were dubstep before there was dubstep') and we were deep within the genre’s unflappable sonic shift to flatulent bass warbles and The Sound Of Dubstep Volume 5. The album offered a two hour long immersion in loyalist electronics, manipulating musical milestones into a dystopian landscape of myth and smoke. Three years on from that cult classic, LHF are beginning to resurface and have remained as ghostly and elusive as ever, despite the 26 songs on Keepers of the Light reduced to a more manageable ten in latest effort For the Thrown. Again they meander through the various stylings of underground London music, this time under the guise of Amen Ra, who has his hand in every song.

This concentration of ideas works in favour of LHF. The two-hour epic Keepers of the Light, was a statement in dexterity and talent – shifting through the various identities of the collective in what was an exceptional record, but dense and difficult to digest. With Amen Ra taking complete creative control and the length more than halved, For the Thrown is a more succinct and focused. It provides a complete narrative, where its ancestor told stories through a multitude of voices. There is no halt in the ethereal and mysticism of it all, but the colours have changed. There are no more candle lit alley ways, no grey, no Orwellian austerity, but a wash of saturated orange and yellow, chrome and pastel sunsets.

Like Burial and the Keysound roster, LHF bridge a gap between the origins on dance music and the avant-garde. Permeating throughout their music is a stylised form all of their very own. It’s difficult to put your finger on. You can decipher the grounding elements, but in between that and the finished product is a space covered in smoke in which LHF have had their way. The outfit continue to utilise globalised percussion, from a mish-mash of Asiatic and African drums in ‘Horizon’, bongos in ‘Mud and Root’ and castanets in Amen Ra and No Fixed Adobe’s ‘Wet Harmonic’. It is all part of the motif that they have created. Stepping stones which lead to an underground of psychedelia, industrialism, found sounds and flickering shadows.

LHF are a rare commodity. They have managed to seamlessly hold echoes of London’s past scenes, whilst forging the way for new ones to surface. Remaining true to history and writing possibilities for the future; a landscape with broken down restraints. Formless like smoke and utterly immersive.