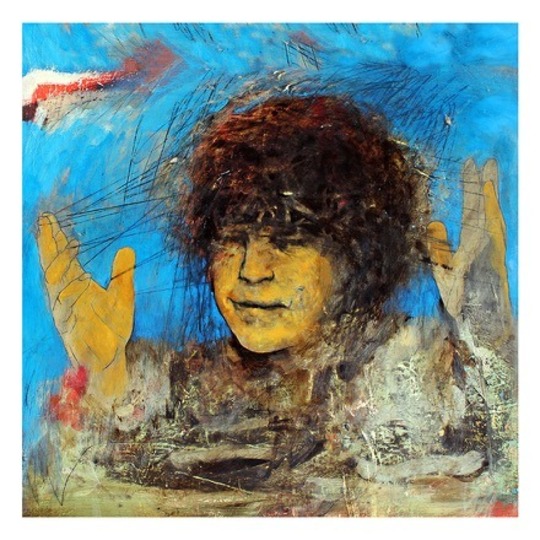 Constant Bop feels like an album displaced in time. The kind of lost gem you’d discover digging through dusty crates in a second-hand record store. And while old maxims remain true — you shouldn’t judge anything by its cover, be they books, records or whatever — its offbeat title and artwork somehow manage to seduce you before you’ve even heard a note. An aesthetic promise that, when you do give it a spin, more than pays off; the album surveying glam stomp, Seventies AM radio vibes and sweet home southern rock with hints at psyche-rock, country and soul.

Admittedly, on paper that might sound like a god-awful mess, but it’s held together by the keen abilities of James Petralli, the man behind the obscure pseudonym Bop English. If that name doesn’t instantly ring a bell, it’s because he’s perhaps better known for his day job as frontman of Texan rockers White Denim.

That group has grown from eccentric roots in frenetic garage rock, into a mature quartet; their last album, Corsicana Lemonade, channelling The Allman Brothers, with a tour-de-force homage to their Southern ancestry, which delved into psyche and deep-fried rock. And perhaps unsurprising Constant Bop walks a similar path. Even more so when you consider most of his bandmates in White Denim have contributed to the album in some capacity. But, there’s no doubt this is Petralli’s album – it ditches the more sprawling, experimental characteristics of White Denim’s sound in favour of a greater reliance on the key tenants of pop: taught rhythms, rollicking melodies and cast iron hooks.

The first three tracks might be the best opening triptych on any guitar album you’ll hear in 2015; so good it‘s tough to not get hung up on them and overlook the rest of the record. ‘Dani’s Blues (It Was Beyond Our Control)’, sets the the album’s tone with duelling guitars and sunny harmonies. While ‘Struck Matches, with it’s undulating bass, foot stamping rhythms and dark lyrical intention (“There ain’t nothing free that didn’t cost somebody something”) redouble on the wall sound. Both leading us to the charms of album’s standout ‘Trying’, which begins as a stoned acoustic ramble — Patrelli’s vocals like a monologue straight out of Inherent Vice — before turning into a dazzling ode to the virtues of accidental love; replete with exotic percussion, furious brass accompaniment and feverish ashram chants.

It might suffice if Constant Bop was just made up of up-tempo numbers, but Patrelli is equally adept at slowing the pace and knows that sometimes a bright day is even more beautiful when the sun sinks beneath the horizon. ‘The Hardest Way’ — which deals with the slow disintegration of a relationship — takes his reverberating vocal harmonies and pours them over wistful pianos; layers of sound building like the brushstrokes of a fine watercolour. ‘Falling At Your Feet’ shares it’s tone, a sweetly plucked folk lament, birdsong and steel guitar circling his as his voice echoes the ambitious refrain, “Feeling bound and being free”. While closer ‘Long Distance Runner’ floats on tidal rhythms, tinkling pianos and the dulcet percussive bounce until it breaks into a soft anthemic guitar solo.

Constant Bop has an air of effortless accomplishment and fresh brilliance, which can only come from hard work and a fastidious attention to detail. So it shouldn’t come as a surprise that Patrelli’s been compiling these tracks over the course of a decade. In that time he’s crafted the soundtrack to sunny carefree days, a joyous and inventive album that evokes the past, but feels thoroughly modern; each of these ten tracks as infectious, thrilling and delightful as the last. The only disappointment is when it ends.